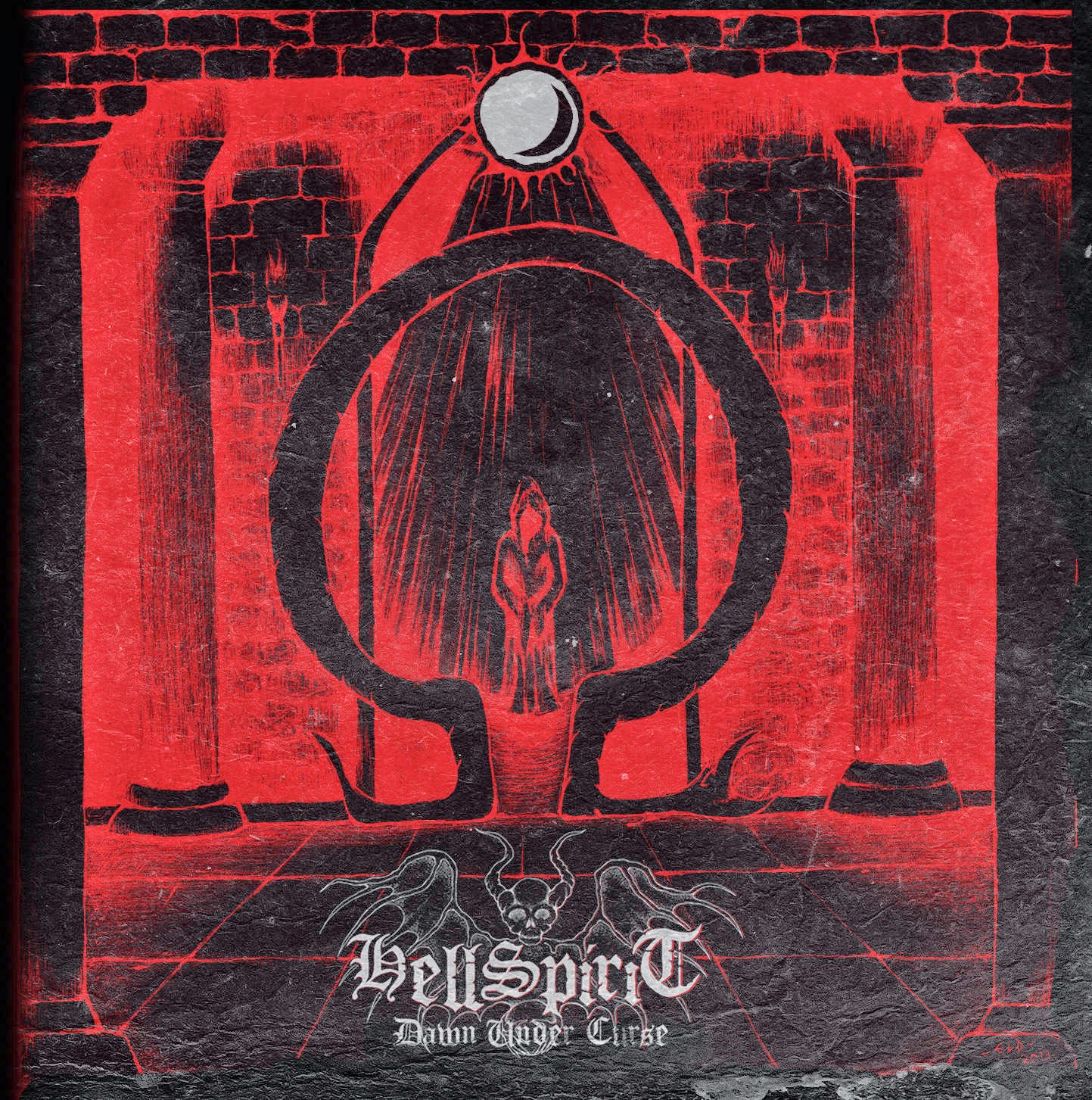 Sometimes simple is best when one sets upon carving out a legacy, and that is precisely the strength of Hellspirit's debut Dawn Under Curse, which for all intensive purposes is a slab of pure 90s melodic black metal. Written at a measured pace, where each individual riff is given some space to breathe, this is actually not so typical of the Finnish sounds I normally encounter. Song titles and lyrics are in English, for one thing (usually that's about a 50/50 chance), and they don't chase after the grimiest of guitar tones. It's polished, and certainly there is no faulty advertising that they pursue a sort of black/heavy metal hybrid of the 'epic' variety, which tightens its bond to its one most easily gleaned influence: Bathory.

You hear Quorthon's imprint in the slower to mid-paced riff sequences which feel like fell glories of the Blood Fire Death era, even though this is written with a Satanic motif more redolent of Under the Sign of the Black Mark. Warlike drum cadences with lots of thrifty little snare sections, and lots of somber ingrained melodies in the chord choices. The guitar tones are neatly distorted without a lot of meat, but big enough to support the even louder melodies, which all work rather well despite the fact that they're not even remotely unique. It's just that there are progressions of notes here which have a timeless depth to them, an evocation of nostalgia through the listener for times when an album like Dawn Under Curse would have simply been enough; technicality and orchestration not necessary, just layers of maudlin and melancholic guitars used to imbue a sad majesty. Hellspirit, despite the name, doesn't come across as particularly threatening or evil, even when the subtle synthesizer symphonics arrive to support the guitars ("Weak Flesh - Filth Blood" for example).

Bass lines offer a nice distorted additive to the chord patterns, and the tremolo patterns, while a little predictable and repetitive are also nicely done. I actually didn't like the sections where the vocals were layered up with a slightly more throaty, lower range affixed to the central rasp, but this was a minor nuisance since the music below was uniformly solid. It sets a mood and maintains that over the course of 37 minutes, and even the longest, 11 minute piece, "Eternal Night (Millenia of Might") doesn't dull my attention all that much. Basically, if you could imagine yourself enjoying a more guitar driven Barathrum or a band which took Bathory's late 80s output to heart, with perhaps a few threads of a mellower Marduk or the more melodic Horna offerings, then I think Hellspirit is worth hunting down for at least one listen. It lacks any sort of groundbreaking quality, and there are loads of better black metal offerings which it could at best serve as only a proxy, but the band has a patience and maturity which shines through in the compositional choices. Decent full-length debut.