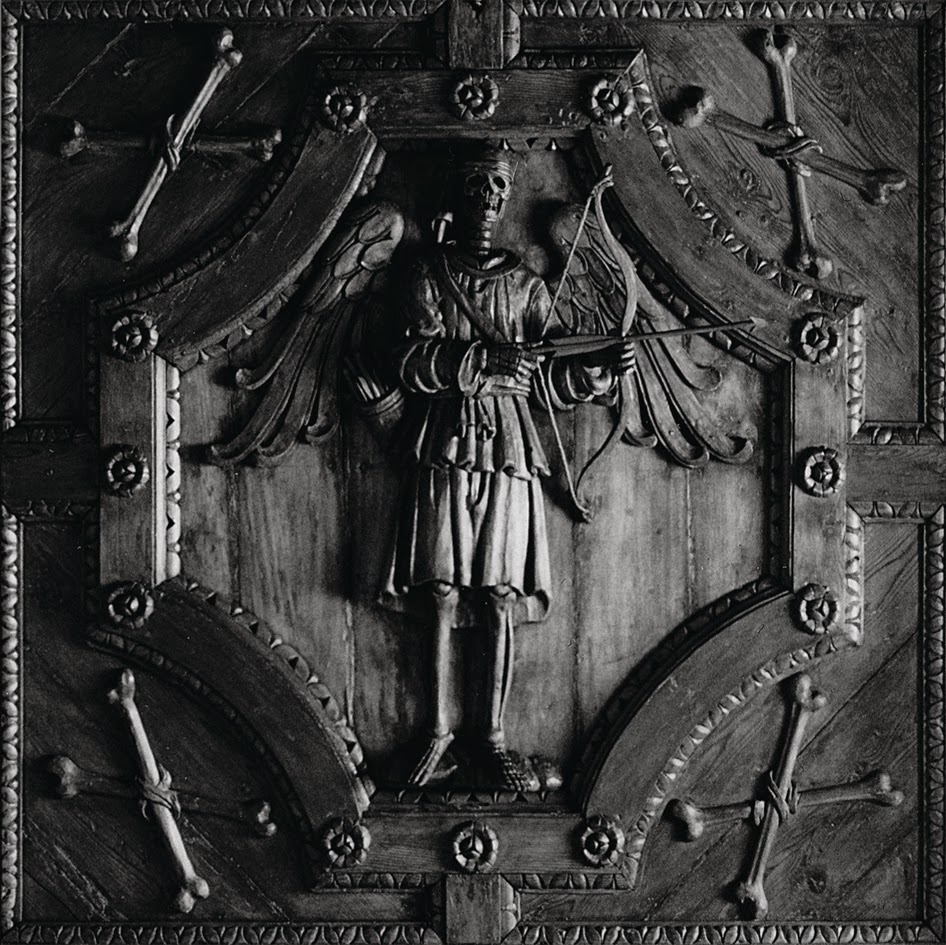 I count myself lucky to have a year where a select few bands are translating the whole 'occult horror rock' fad in a more feverishly, darkly delightful black metal context. First there was that Hail Spirit Noir sophomore, and now the drummer of Negative Plane has put his own spin on the medium to craft one of the most riff attentive, atmospheric experiences I've had in months. I can't say I'm incredibly surprised, since a little of the 2006 record Et in Saecula Saeculorum bleeds into the sound here, with a lot of classic doom/heavy metal riffs circa anything from Mercyful Fate to Paul Chain being sewn into the compositions to contrast the more trad black metal elements, but I CAN say that I still fucking love it!

The Archer Takes Aim is but four tracks, three of which are over 12 minutes in duration, but so much happens within this space that it almost takes on the narrative aesthetic I felt when listening to the mighty Sabbat's opus The Dwelling. Rather than rambling on with a number of numbingly generic tremolo picked guitar patterns, Bestial Devotion entwines evil harmonies and resilient melodies against the support back beats and fuzzed out chords. Granted, there are some pretty unimaginative rhythm guitars here implemented over the 'charge' drums, but they're only bland until those brighter, eerie guitars splay themselves into the rafters of the album's dim shelter. Bass lines are groovy and mildly psychedelic, though the patterns don't often distinguish themselves far from the guitars. That said, the balance of Bestial's standard rasp and soaring, dreary cleaner vocals is brilliant, and the other keys and instruments used to emphasize the theatrical, black & white creepiness cast by the album are all tastefully executed and never detract from the metal instrumentation.

All riffs deliver on about a 9-to-1 ratio, with just a few monotonous or underwhelming chord sections marring the album's surface, but I was particularly enamored of the opener "The Tower Falls" with its cautiously woven melodies, and the instrumental "Dämmerlicht" which opens with atmospheric bells, clean and ringing guitars and then explodes into this amazing riff which sounds like Dark Thrones and Black Flags era Darkthrone jamming with fucking Voivod! How cool is that?! It's the shortest tune here at six-and-a-half-minutes, and yet it's possibly my favorite metal song this year despite the lack of vocals. "Gestalt des Endes." is likewise extremely strong, with a lot of thought and expression put into the note selection that easily separates it from the vast majority of bland black metal which crosses my digital doorstep every week in the slush pile. That's not to say Funereal Presence is strikingly original, all of the components have been present in black metal past, but The Archer Takes Aim is tangibly malevolent, lovingly crafted. A singular, shadowy vision of the obscure, easily recommended to fans of Negative Plane, Cultes des Ghouls, Head of the Demon, or Bethlehem's S.U.I.Z.I.D.