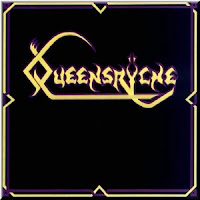 Compared to the tragic oil spills of creativity the senile Seattle rockers have suffered in more recent times, the eponymous Queensrÿche EP seems like a distant, safe harbor from the storm of years that have rusted and peeled back the once great outfit's hull. A solemn reminder that there was a point at which this quintet had been so far ahead of the pack that they helped write its textbook, and a glimpse at what 'might have been' if the band had not decided, through flawed leadership, to rebuke most of its roots in the 90s and beyond to chase its own tail around in a wasteland of progressive rock and 'modernized' ideas that felt just as trite or dated when they arrived as any conceived perception the band might have feared at the prospect of sustained ass kicking on the metallic circuit...

But come 1982, we didn't have a hell of a lot of bands here in the States quite so advanced as this one, and I'm oft surprised just how much of this formative Queensrÿche survived even through their smash hit albums like Operation: Mindcrime and Empire (note the semblance in the vocals of "The Lady Wore Black" and the band's relentless, redundant radio juggernaut "Silent Lucidity", for example). Iron Maiden and other groups hovering around the birth of the NWOBHM might have predated this by a few years, and you can certainly hear a similarity in the strong fits of melody, riff structures and general airiness of the guitars and vocals, yet I can only think of a handful of American bands, like Riot, who were putting out precursive power metal at this level of polish and charm, and there's simply no downplaying on how influential this group was. Certainly groups like Fates Warning, Lizzy Borden and Liege Lord were paying attention in their youths, as was just about everyone else tuned to hard rock/metal radio in the 80s, which is why they were able to build such a resounding foundation of success that echoed well beyond the stagnation of their second decade.

Personally, the Queensrÿche EP has not possessed the staying power of the three full-lengths that followed it, but like so many other recordings of its period, there's a particular timelessness which seems as fresh and evocative as when I heard it as a Huffy-owning neighborhood whelp. "Queen of the Reich" might not have the stickiest riff-set of all time, but I really admired its driving sense of style that mirrored what Maiden were writing across the Atlantic from about 1982-86. The muscular, harried bass-lines of Eddie Jackson were competitive with Steve Harris; the rhythm guitars, while somewhat muddy in contrast to the vocals, were rife with inspiration, whether they were splayed out in open, atmospheric chords, faster picked verses or the screaming, bulky melodies persistent through a number of the tracks such as "Nightrider" and "Blinded". In addition, Rockenfield's drums felt aggressive and angry to the point where they darkened the mood of most of these songs; even though the guy's never been the most technical skin smasher of his generation, he had a means of placing a great deal of kinetic force into simpler beats, and thus memories of the guy freaking out in his various drum cages are hardly exaggerated.

But what most would have found the most distinctive in the Queensrÿche sound were the wailing vocals of Geoff Tate, one of the most prominent testicular harpies in all 80s metal alongside names like Dickinson, Halford, Dio, Dirkschneider, Osbourne, Arch. While the guy's also capable in a lower, brooding range to which he adds a lot of (sometimes forced) emotion, he definitely stuck to a higher pitch through most of the tunes in this period, and he was quite on point. I always loved how the guy's voice would trail off with this wavering sustenance after delivering a harmonious spike, and it shares the stratosphere of the album quite well alongside the ripping, rugged leads in "Queen of the Reich". The caveat is, as with a lot of works in this time period, they often feel a bit loud and disparate against the instruments, something that in retrospect is easy to understand but, at the time, felt a fraction showy and grating here, though not enough to curb one's appreciation for the music.

While the songs here aren't the first I'd crank during a workout Rÿche-athon alongside "Empire", "Speak" or "Eyes of a Stranger", they're admittedly very consistent, each with functional riffing dynamics and outbursts of melody. Even the power ballad, "The Lady Wore Black" doesn't drag its heels too far behind, its gleaming clean guitars erupting into power chords and gently thundering, simple fills, and the first real example of Tate exploring much of his range within one track. The 1988 bonus track, "Prophecy", which had been written later than this material, sounds a lot more polished due to its bigger budget, and so it tends to stand out from the original EP content, stylistically more in line with Rage for Order (when it was recorded), but despite that it's a solid song no matter where you feel like experiencing it.

I've certainly had a few acquaintances who cite this as the greatest hour of Queensrÿche, and while this is not a sentiment I share in any way (there are certain individual songs on Operation: Mindcrime, for example, that have had more impact on me than the sum of all this material), I can recognize and share in its raw appeal. Ultimately, it might only feel as if it were a few years ahead of its time, since this style seemed to peak here in the States from about 1984-1989, but the lyrics and songwriting were quite solid, and when you consider that it was more or less a demo the band had written as 'The Mob', before Geoff Tate had even joined full time, it was already far more than a humble beginning. Had only the band itself returned to this more often in their personal listening habits through the years, we might not have experienced some of the post-Promised Land abortions that clutter the landscape of their discography.