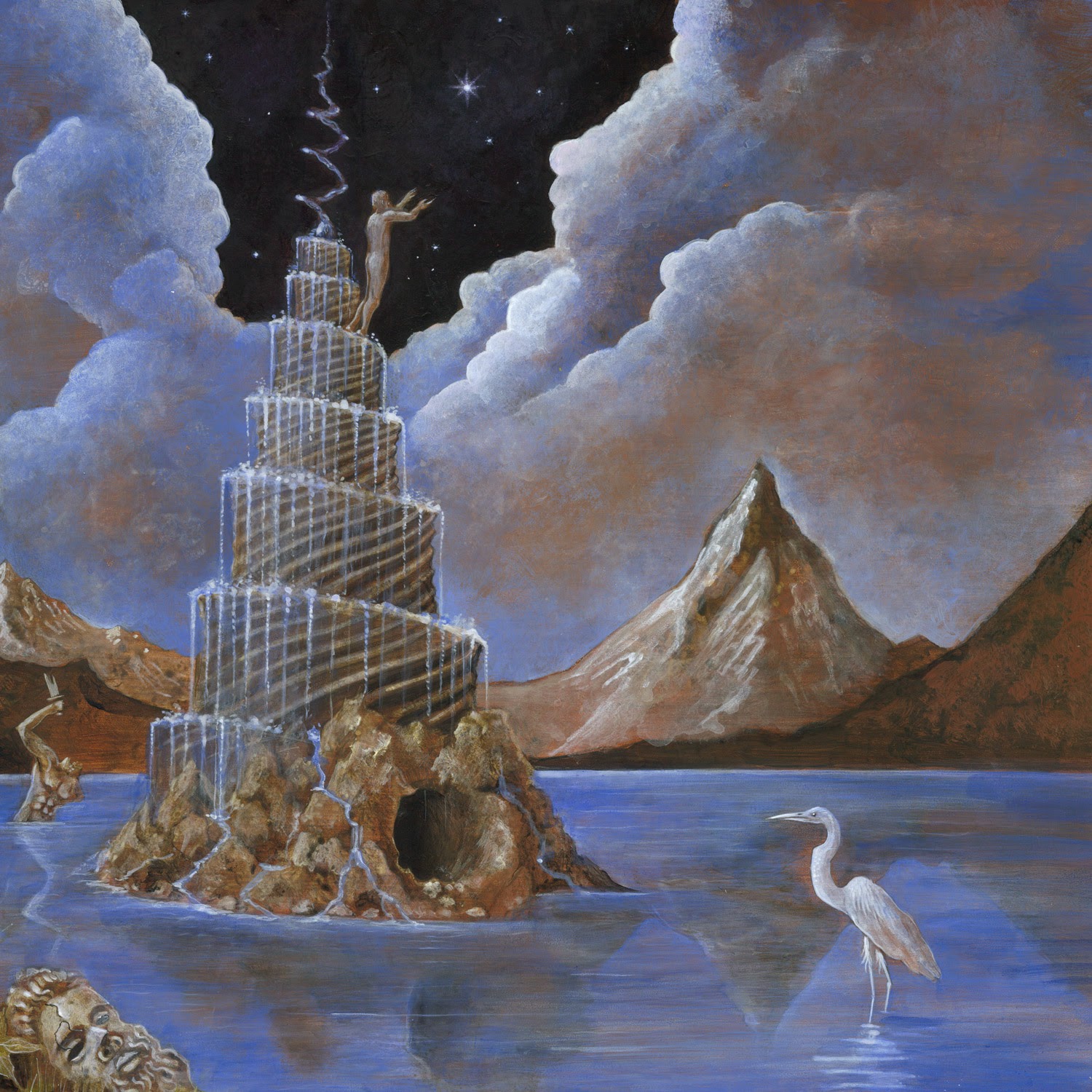 Here at the Auto-Ranch, Spectral Lore serves as a sort of 21st century analog to the reactions I used to feel for black metal during it's 'prime' of the mid-90s: In the Nightside Eclipse, The Archaic Course, Nemesis Divina, Frost, you name it, there was just such a tangible balance of exploration, trepidation and intensity on a lot of those records which felt so overwhelmingly unique and inspiring that they still number among my favorites. Ayloss, the sole musician behind this project, might not benefit from having created or innovated such techniques, but it's what he does with them all that makes this music so captivating, rare, and endemic to that headspace I rarely get to crawl into when I've got so much black metal on my radar, that jadedness towards the genre becomes a very real threat. III, which is actually the fourth full-length to my knowledge (discounting the fantastic 2013 split with Mare Cognitum), is ultimately one of those few records that I put a lot of faith in and don't feel even remotely spurned; a varied, textured, immersive experience that I can listen through a dozen times without feeling as if I've grokked every detail...

There's an underlying compulsion to the compositions: that black metal can remain loyal to its scriptures while applying a fresher coat of ink to their dictation. Apart from the fluid blasting passages redolent of incendiary Scandinavian might, there was no one point throughout this album where I could predict to you exactly what was going to happen elsewhere. All seven tracks possess an individuality which not only complements, but strengthens their neighbors, even when the styles of music being contrasted against the black metal core are so wildly different. For instance, "Cosmic Significance" begins with a sort of alluring, primal ambiance to it which evokes 60s-70s New Age space synth, while "Drifting Through Moss and Ancient Stone" involves a moody, incidental folksiness with the clean guitars that feel out new pastures with seemingly every measure. But all is bound together with the eloquent savagery of the tremolo picked melodies, harmonies against which Ayloss sets an added layer of angelic resonance, organs, choirs, multi-faceted growls and howls that seem to assault the listener from a panorama of ancient and cosmic landscapes. If Giordano Bruno had channeled his heretical astral revelations into a symphony, it might sound a lot like this (sans distortion), and it's that larger than life air of discovery and fulfillment which precludes any chance of these incredibly lengthy tracks (10 to 16 minutes) from lapsing into tedium or dissatisfaction.

It's of course impressive that this is all one individual's imagination coming to light, but on equal footing are the guy's instrumental skills. Never cheesy or excessively indulgent...the classical acoustic guitars here have the grace and complexity you'd desire from a seasoned player, and the chord choices are evocative of those tenets of adventure and escape that was characteristic of those aforementioned 90s gems. Granted, a blast beat is still a blast beat and few of the riffs sound unusual for the form, but there's a patience to the writing which doesn't aim for cheap, quick money shot melodies, rather more swarthy cycles of guitar notes that merge into a bigger picture. Bass lines are less overt than the more atmospheric instruments, but they've always got a warm groove going or something else that helps anchor the airier embellishments on the strings or synthesizer. Drums are always maneuvering between a standard blasted precision and a proggier set of beats, with loads of fills to keep them interesting and give the songs just a fraction more depth and flavor, while the growls and rasped vocals maintain the spectral sensibility exhibited on past works: themselves more of an atmospheric exhibition of suffering and bewilderment than a harder driving syllabic framework. III is a yin and yang of the elusive and tangible, ethereal and grounded, with replaybility in spades, and somehow I knew it would be, because sometimes a guy just 'gets it'. And you should, too. Get this.