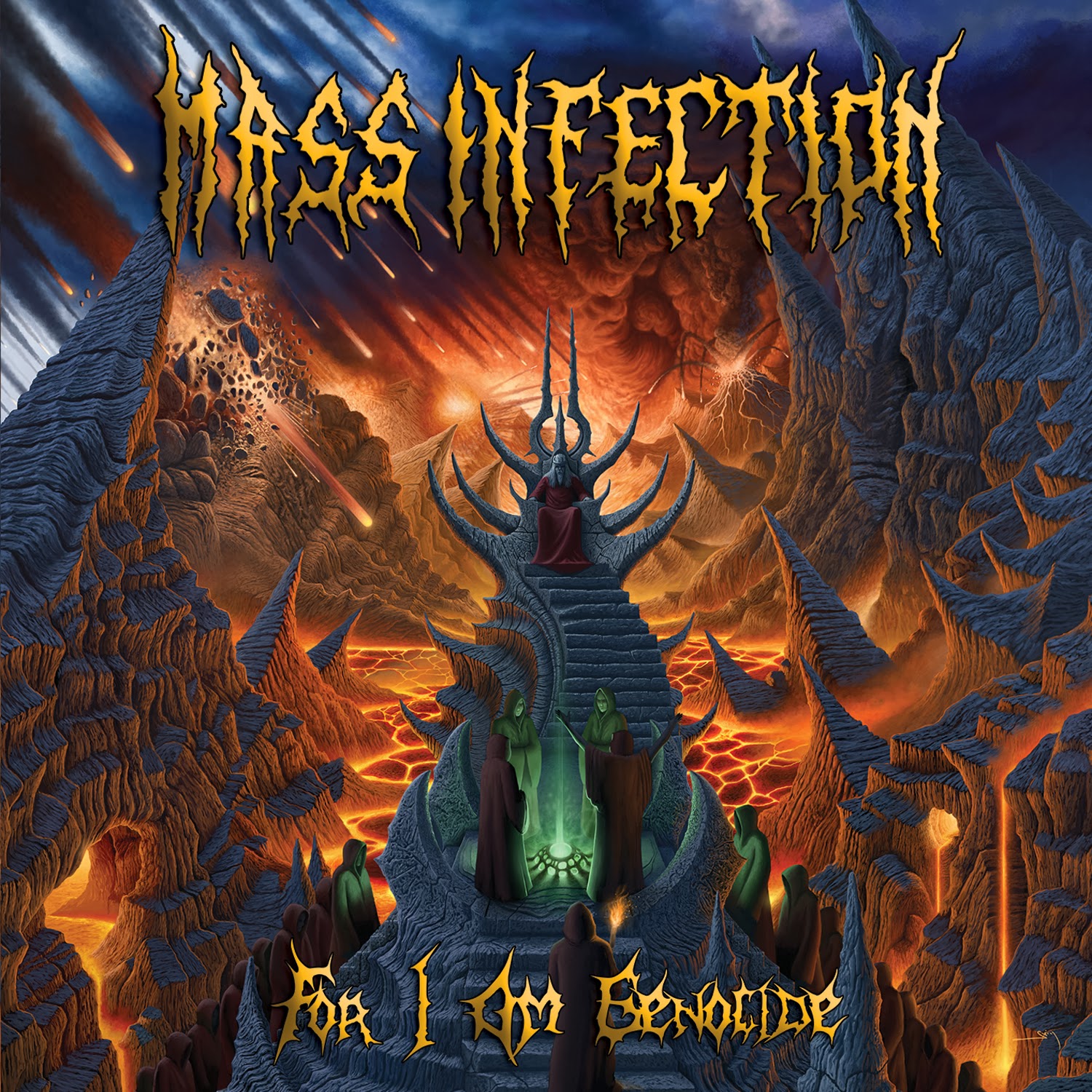 We so often associate Greece with its distinct Hellenic black metal scene and Septic Flesh that it's easy to focus on the smaller details, one of which is that they've got quite a nasty little brutal death scene happening there, and along with veterans Inveracity, Blustery Caveat there's a slightly newer wave featuring Birth of Depravity, Abnormal Inhumane and numerous others. Mass Infection should probably be considered to lean towards the former; they've been around for over a decade, put out some consistent fare like the sophomore The Age of Recreation back in 2009, and continued to challenge themselves with each new effort that they might meet the imposing standards set by brutal peers the world over. For I Am Genocide is no exception...it's sounds exactly like an album that would take five years to see the light, even if it doesn't quite stick its neck out from the hordes of samey sounding bands everywhere.

Hyper-ballistic death metal with clear roots in Morbid Angel, Krisiun, Deicide and other blast-worthy adepts from the Americas. The riffs and beats and fired off with precision but not a lot of punctuation, peppered with fairly average tremolo progressions that don't really do much to stoke the imagination, but at least sound really great due to the cleaner production. While there is an evident level of variation in what they write, I do promise that anyone who gets exhausted with more than a few moments of blast beats is likely going to fucking hate this disc. It's absolutely manic with the things, not without exception, but it doesn't do much to dissuade the outsiders' notion that a lot of this stuff sounds repetitive and lacks the nuance and memorability that many seek in music (even the extreme kind). Into this they toss a lot of pinpoint, punchy clinical death/thrash components that divide the velocity without edging away at its momentum, and then there are the more subliminal details like following the bassist, who bops and bungles along down in the undercurrent of the mix, sounding fantastic but often getting smothered by the almost mechanical aptitude of the guitarists, which is probably frightening to see live due to its exaction.

Vocals are a pretty common guttural format, but they'll bounce a few back and forth at each other to maintain some atmosphere and malevolence, with a slightly morbid sustain to the longer growls. Most impressive is probably that, despite not having a trace of what we might normally consider 'atmosphere' through the production, For I Am Genocide really lives up to that otherworldly, cataclysmic cover image in that it moves like such an unfeeling, nihilistic leviathan towards its ultimate destination. You are in the presence of greater powers here, which do not commune with any sense of humanity, so the soullessness of Mass Infection's annihilation is all too fitting. Something like Conquers of Armageddon crossbred with Gateways to Annihilation, played to the imagery of fiery comets raining from the sky and destroying an entire civilization. Granted, it's very straightforward and not at all a contender for the best death metal of the year (or even recent months), but I maintain some admiration for how it blazes a trail right over your corpse and onto the next unwary bastard. In the relentless pursuit of apocalypse.