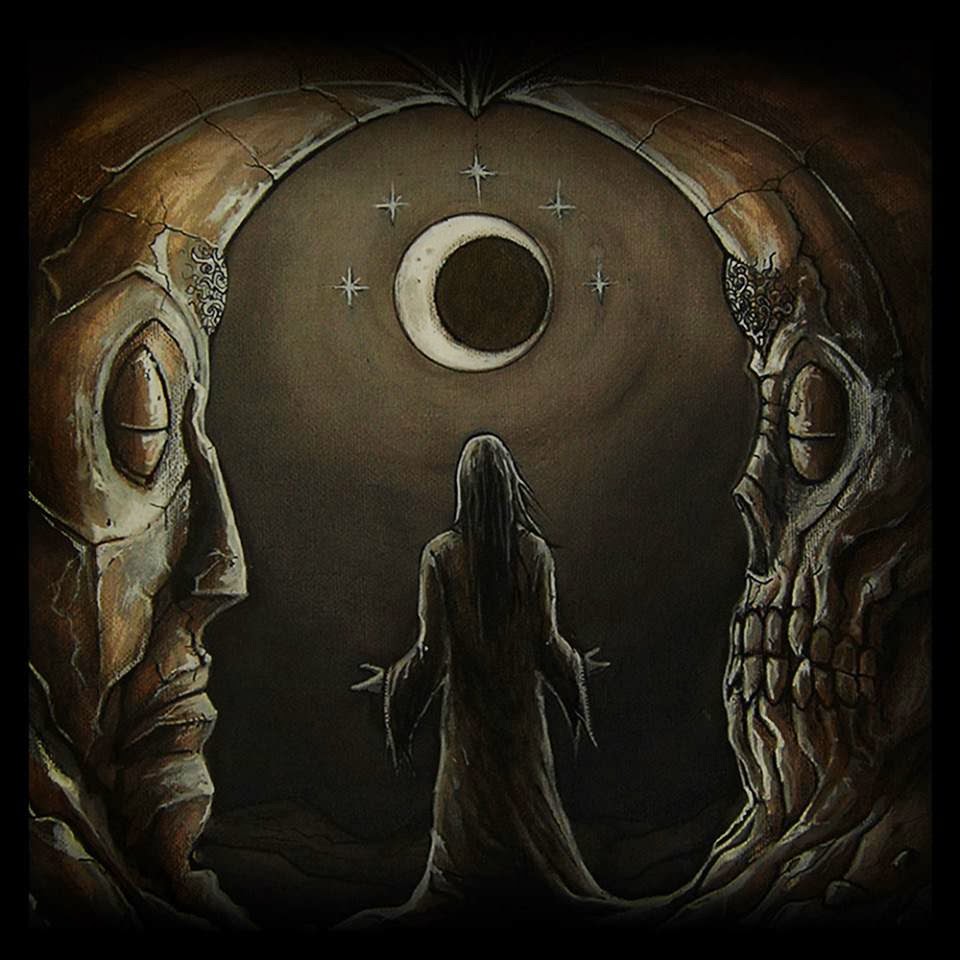 Like fellow Quebec luminaries Forteresse, Gris and Sombres Forêts, Neige et Noirceur inspires a little patience from the listener, which is basically a requisite if Spiritus' music is going to resonate whatsoever. While I don't hold his past works in the same high regard as a few of those others I just mentioned, what I can say for this project is just how much more it exudes a sort of lingering darkness than many of his peers. I've never heard a record by the guy that I haven't liked, and the same can be said for Gouffre Onirique et Abîmes Cosmiques, which offers a contrast of measured, melodic 90s black metal reminiscent of a lot of Swedish or Norse second stringers, with some passages that rely more on ambiance, or some drawn-out, doom-like riffing configurations.

For the most part, though, I feel in listening to this as though I've warped back to around 1996 when the production on black metal records was still quite dark and distant but perfectly audible without overbearing levels of polish. The guitars here, largely driven by tremolo picked melodies over driving programmed kicks, wouldn't be out of place on the first Old Man's Child record or perhaps a better produced Nattens Madrigal, plus a little swagger redolent of Borknagar or older Marduk. But with this album, they're woven into this massive, nearly 60 minute tapestry of triumph and torment, given a lot of space to breathe in, and if you can slow your heart to keep pace with the stuff it's quite effective. Personally I was really happy with the ambient components, too, like the three-part "La Cavern de Glace" sequence which grows progressively more evil on the third movement, when dark chants and droning guitars arrive in a morbid conjunction. Spiritus' is great at coming up with these lower-fi dungeon synth moments where everything seems as if its cast through a black & white lens of creepiness, and I almost regretted that this wasn't just the dominant feature of the whole album...

I say that, because no matter how solidly plotted and well dressed the standard metallic songs are with their percussive backdrops and Spiritus' vile, snarled black metal rasping, many of the riffing progressions here do occasionally border on excessively repetitive and predictable in nature. There is some variation to pacing and he does throw a few more twisted, dissonant curve balls, just enough that it's impossible to write any one song off here, but there are certainly moments where the drifting nature of the songwriting grows a fraction more dull than I might have hoped. It's persistently dark, leering and soul-leeching, but ultimately a handful more unique and compelling riff selections would have made a great difference. However, on the whole I still must say I got 'into' Gouffre Onirique et Abîmes Cosmiques. It's not quite so profound as several of the other Sepulchral Productions releases I covered in recent months, but whenever I see the name Neige et Noirceur I certainly want to listen to what he's written, and am far from disappointed with this, ranking it somewhere between La seigneurie des loups (2010) and Hymnes de la montagne Noire (2012) in sum quality.