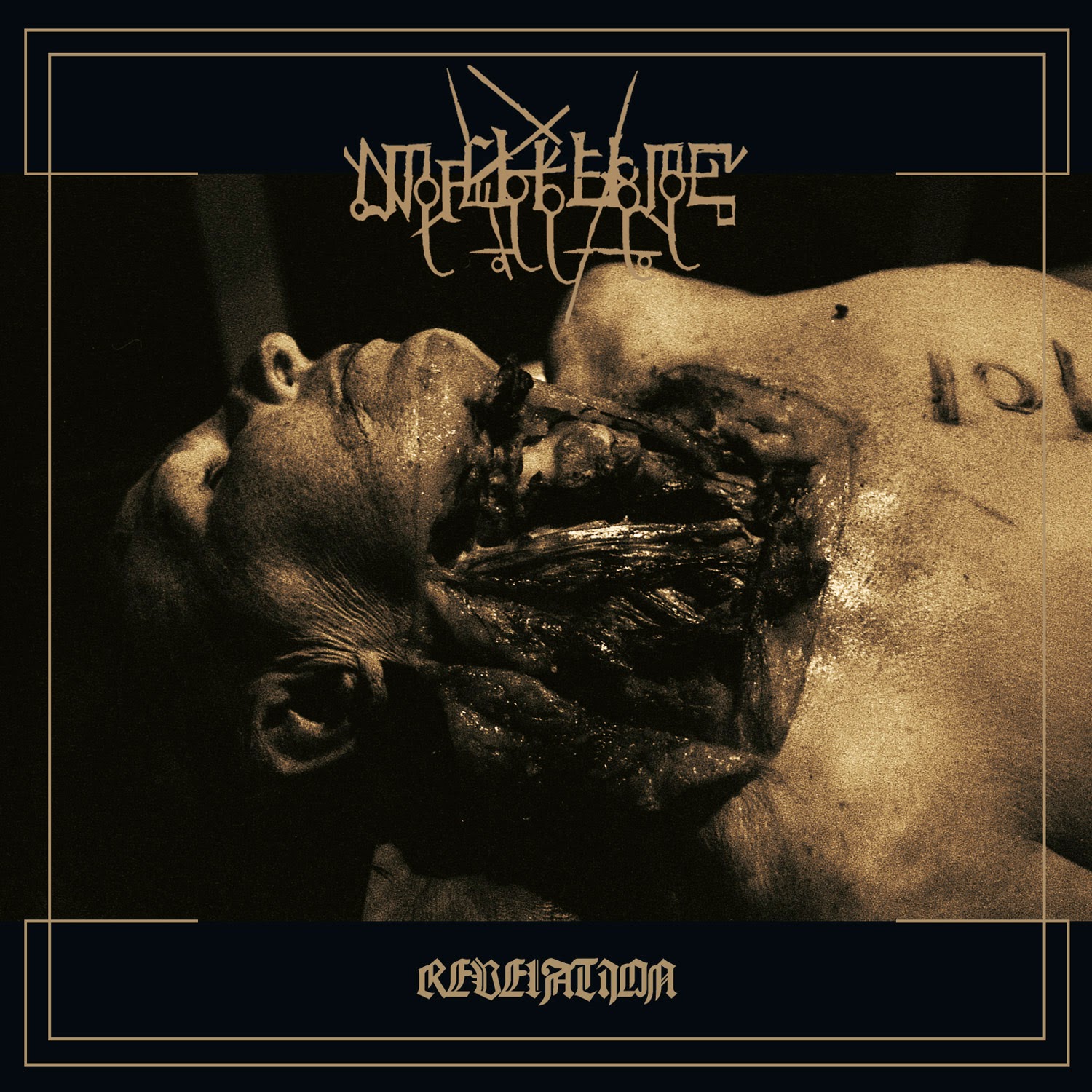 If, like myself, you had experienced this French band's 2006 EP Prostration, then you'd know to expect some rather uncanny, ugly as excrement black metal which doesn't so much live by conventions as it tends to sodomize them with some charismatic, off the wall vocals and occasional weird riffs. We're not talking Peste Noire levels of oddness in how the songs are structured and executed, but clearly these guys are only a few categories removed from that level of brilliance and they're going to stand out to you for that very reason. Like the image on the cover art, you will feel as if something, maybe a meathook, maybe an old rusty axe, was forced or hacked into your being numerous times, and while Malhkebre might seem just as goofy as they are evil thanks to the vocal style, Revelation deserves accolades for its homegrown black metal aesthetics and careful contrast of unruly dissonance and more straightforward tremolo picked sequences.

The lo-fidelity of this recording gives the impression of hearing it in a jam room, organic and natural and completely unprocessed. Sometimes that means the vocalist has to struggle a little to attain the level of grotesqueness that the instruments flourish in, but it really highlights the hysteric precision of the drumming, the lighter, almost melodic groove of the bass lines and a bevy of riffs that range from full-bore blinding speed chords which resemble their Scandinavian forebears (Mayhem, Bathory, etc) to the slower, creepier components which breathe a little more malevolence into the work as a whole. Vocalist Eklezjas'Tik Berzerk growls out in this outrageous bark, which in spots will sound more guttural and serious, at others like a spectral moaning, and other yet almost seem like the guy is completely loaded, collapsing over himself in some alleyway, rolling about in the filth and offal of humanity and just reveling in it. Nowhere does this performance feel contrived or excessively planned out in advance, there's an almost sporadic, angry and passionate nature to this that oozes fucking character and had me wondering what the hell was he going to do next? Some might argue that it doesn't feel like he's always taking things seriously, but the fact is I'm going to remember this approach a lot more than the last 20 copycat black metal raspers who sound like Satyr, Ihsahn or Fenriz...and that's really part of the reason I also like Famine's style so much.

I don't know if I'd call the riffing 'inventive', per se, but it definitely cycles through a number of interesting variations with jazzier minor keys and vile melodies that blend in a little ugly death metal influence into the more ritualistic black metal encounters. There are tunes like "IHSV" which are tour de forces of absurdity and violence that play out like a more primitive alternative to 21st century Deathspell Omega, and there are also a few experimental interludes like "Dogma" which is like distorted martial noise with growled French narrative, or "Hystérie révélatrice - Part I", where it sounds like some unfortunate woman is about to get jumped and murdered while in the midst of her passions. Really, the entirely of Revelation is like a drugged up tactile exhibition of obscure occult rituals being performed in the midst of an orgy in a catacomb through which all the depravity and sewage of humanity sifts. It's not immediately memorable when dissected down to an individual 'riff' or 'song' component, but the whole thing just seems like you were up late at night watching some schlock giallo or snuff horror, something that you know you shouldn't get involved with and yet cannot turn your eyes (or in this case, ears) away from. Drunk off its own debasement and fuckery.