Prostitute Disfigurement - From Crotch to Crown (2014) 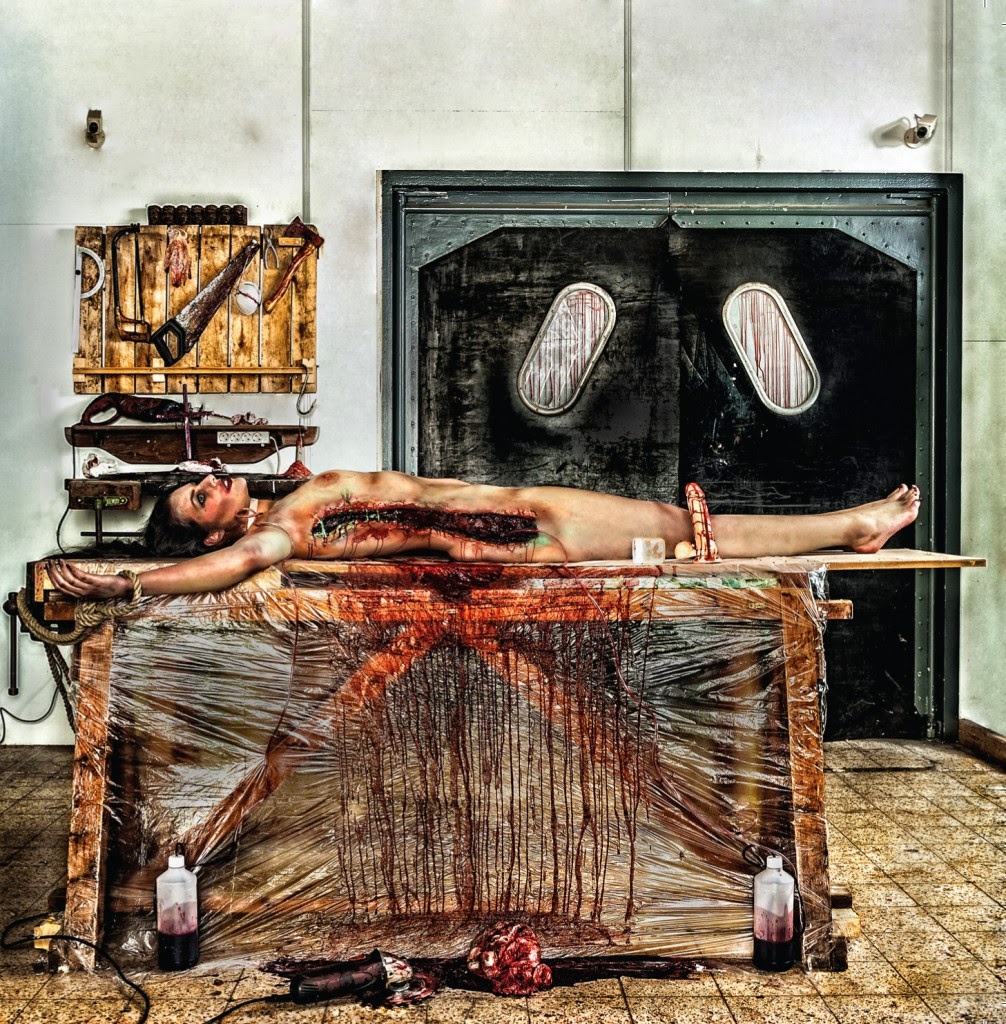 From Crotch to Crown might arguably be the best death metal album title I've spied in some time, so coupled with the retro torture chamber aesthetics of the cover artwork, I was already somewhat sold on the experience before even hearing a lick. Fortunate then that Prostitute Disfigurement's initial reunion offering is just as good as it looks, an exercise in annihilation which takes all of about four minutes to induce whiplash, gonorrhea and a number of other conditions with which to remember it. That's not to imply that it's a 'classic for the ages', or that it's particularly unique in its field, but these Dutchmen have long settled into that moderation of brutality and technicality in which groups like Severe Torture and Cannibal Corpse have settled. Intense, violent songwriting takes the fore, while excess arpeggio noodling wankery is exorcised in favor of evil, surgical harmony spikes that recount Pestilence's Mallevs Maleficarvm, and the utter simplicity and derivation of much of today's nostalgic death metal is eschewed for speed, strength and punishment.

No, it's not the first or last time that a record of this sort will rip your face off, but what's important is that it RIPS YOUR FACE OFF. Down to the bone, and in some cases, beneath. The drums and guitars bounce back and forth between accelerated, busy blasts ("Only Taste for Decay"), which seem like the natural upgrade to classic Morbid Angel (Altars of Madness/Covenant) in their overall riffiness; and a number of active mid-paced progressions which seem just as immaculately designed to destroy. The rhythm guitars are broiling with notation, flying all over the place and there's really not a moment among the 41 here that I found myself in any way bored (exhausted, maybe). Not to mention, the leads feel vibrant and carefully designed to excite and titillate rather than just zip past with atonal chaos. Vocally, there are a lot of callbacks here to classic Deicide, largely through the pairing of blunt growls and rancid snarls, occasionally accented by clinical samples or horrific screams culled from the same gore/horror sources that have long inspired this act. The drums are like being pelted with a million bricks in succession, only they avoid the face and ears so you can still discern every painful impact. Bass-lines have a springy, agile presence but aren't necessarily the most robust I've heard, and yet so much else is happening that you might not even notice.

Lyrics are efficaciously disgusting in tunes like "Crowned in Entrails", which recount visceral acts that I do not feel comfortable in repeating, and the way this thing is produced is like the mating of a rhinoceros and a helicopter, constant staccato bludgeoning dowsed in dense riffing constructions that trample the shit out of you. Really, the only 'crime' about this would be that it's an amalgamation of another records that predate it, and lacks the inherent, distinctive characteristics that defined them as they arrived through and beyond the 90s, but for someone seeking out a monstrous, misogynistic splatterfest of both muscle and musicality, it's nothing at all to frown down upon. Sort of like those hi-definition Texas Chainsaw sequel/prequel flicks in how it re-imagines the spectacle of its inspirations, only From Crotch to Crown is much more consistent, concussive and enjoyable. I know this: if you hold records like Bloodthirst, None So Vile, Misanthropic Carnage, Effigy of the Forgotten, or anything by Lividity, Gorgasm, Deeds of Flesh and Mortal Decay in high regard, then this has plenty of bang for the buck, and I had just (if not more) fun listening through this as I did Deeds of Derangement, Left in Grisly Fashion, etc. Maybe not the most memorable of its class, but this is nonetheless pretty top shelf, trauma-inducing torture porn for the sadistic, masochistic and depraved. Worth the six year wait.