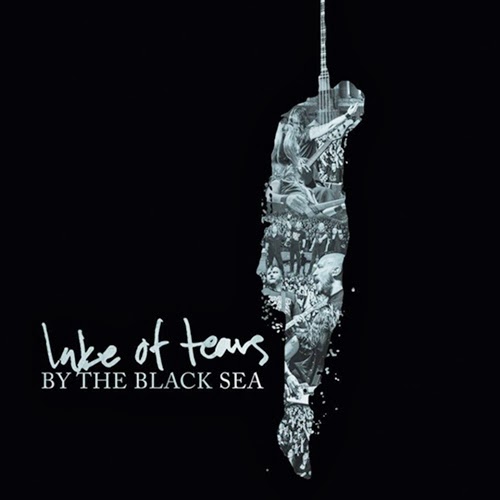 22 years does not at all seem an unreasonable point at which to question oneself: 'just how would we sound on a live record?' Lake of Tears has always maintained a niche appeal for a niche market, in my opinion this is due to their failure to completely embrace the psychedelic visuals and atmosphere pervasive on records like Headstones, A Crimson Cosmos and Moon and Mushrooms, settling half the time for a bunch of cleaner cut, predictable retread records like Forever Autumn or Illwill. Still, they have persisted through near obscurity, settling in with AFM records and now presenting us with a CD/DVD combo pack of a 2013 live performance at Bucharest which, in its defense, is not reluctant to celebrate most of the band's considerable history, even if that means I gotta sit through a handful of duds to get to the good stuff, or not...since technology has provided me with the ability to skip those moments.

At any rate, while this isn't the most emotional of performances, it's great to hear that Lake of Tears sound just as rich on stage as on record. The guitars here are quite loud, but also a little too clean sounding, where I would have preferred a little more crunch as it related to the older material. Instead, they are smooth and seamlessly performed, professional and melodic and somehow manage to drown out the other instruments without being louder than them... That's probably due to the overly simplistic drum beats and a lot of bass lines which are anything but adventurous...only Daniel Brennare's vocals take on a new kind of grit or agony that transforms from the studio records and become more flawed and personal. I also noticed that it's really just the quality of each song to begin with which translates to how much I enjoyed them here. For instance, "Raven Land", "Sweetwater" and "Cosmic Weed" provoked at least a fraction of nostalgia for when I first experienced and loved the fuck out of them, but more modern tunes like "Illwill" or "Forever Autumn" did little for me. Some other tunes I dig like "Making Evenings" falter because the melodic guitars that drove their appeal seem rigid or occasionally sloppy in presentation.

Gotta say, too, the utter lack of material from Moon and Mushrooms is appalling, that was easily one of their most poignant and important works and I can only imagine how much better this set would have worked if 4-5 songs from that one had replaced others here. Shameful to leave "Children of the Gray", "Head On Phantom" or "You Better Breathe..." out of the lineup, but then this is really more a flaw of set selection than the live recording itself. Still, By the Black Sea automatically suffers as a result, at least to this listener, of Lake of Tears' inconsistent career, in which brilliant and inspirational works are rotated with duller, dispassionate albums that for some strange reason still seem to generate interest (Forever Autumn is widely considered the fan favorite album, which baffles me since it was all done far more raw, potent and memorable on the first three). This live offering is solid enough, and granted I'd have a hard time scoffing at anything with tunes from A Crimson Cosmos, but the Illwill videos weren't much of a bonus for me, and granted they're not the most intense performers, since the music they play doesn't lend itself to that aesthetic, so watching them perform isn't much beyond just listening to the audio-only.

I haven't been anticipating much from this band for years (since the blander followup to Moon and Mushrooms), so I can't cite disappointment here, but a more solid track selection and perhaps a dirtier mix overall would have made this a night to remember rather than a sort of belated 'product', which ultimately is how it feels. Lake of Tears deserves a live album, don't get me wrong, but this wasn't terribly impressive, and by no means would I ever break it out over the studio efforts I hold so dear. Certainly, though, there are worse examples of bands finally putting out such a release and ignoring their respective pasts, which is not, apart from the one glaring 2007 omission, what the Swedes have done here.