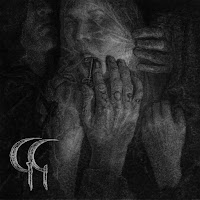 Grave Circles' full-length debut Tome II is an exemplar on how well-placed and plotted atmospherics can transform what might otherwise be considered a bare-bones black metal recording into something far more memorable and transcendent. A sequel to the Ukrainians' 2017 Tome I EP, they've conjured up seven tracks in 43 minutes which convey an extremely consistent stylistic pattern, but possess just enough dynamic variation and range that the entire package seems bleakly satisfactory. With so much of their sound still rooted in convention, it would be incorrect to apply them a tag like 'progressive black metal', but instead they embellish the grim core of the medium with a few welcome and unexpected ideas or instruments that only expand the compositional quality.

Oblique, churning black metal with driving percussion is permeated with dissonant thrash riffing passages that lend it some balance and clarity, as well as a number of forays into cleaner, haunting guitar repetitions which manage to maintain the nearly depressive mood. Brass instruments are successfully implemented into the tracks "Predominance" and "Abstract Life, Abstract Death", and rather than giving off a jazzier or big-band aesthetic, they feel like esoteric, brooding architecture that works so well with the pitch darkness of the metal. The drumming is well fit to the rest, restrained for the more eerily soothing sequences with the clean guitars, but shifting into tribal, thundering grooves or blast beats where called for. Deep choirs often ramp up the haunting somnolence, while there will occasionally be some break where a more melodic tremolo picked black metal land will elevate the musical landscape an octave above its morbid foundations. The bass is dim and dingy and does not often stand apart from the guitars, but it lends a thicker texture to the simple, primordial patterns of chords and a little added punch to those more thrash-minded rhythm guitars.

The vocalist here, Baal, is actually the current drummer for infamous black metal outfit Peste Noire, so there is one French connection, along with Les Acteurs de l'Ombre Productions, the label which is giving this its proper CD and vinyl releases for 2020. His timbre ranges from a gravelly and effective rasp to a more guttural intonation, and I definitely loved the painful sustain he'd put on some of his higher pitched lines, which were borderline DSBM. Combine that with the horrifically grim art and layout of the attractive digipak, or the lightless pessimism of the lyrics, which fucked me up several times as I was reading through and listening, and you might get the impression that this album would fall rather solidly into that niche of black metal. But Tome II has less of a raw, distant, frostbitten or knifing, sound to it, and more like an immediate murkiness that is creeping upon you from the black soil and cracked bedrock, so I wouldn't quite place it into that category, but more as a go-between for those who like their candles snuffed out but to later survive the experience. Either way, a strong and recommended release for those with a diet of dread and hopelessness.