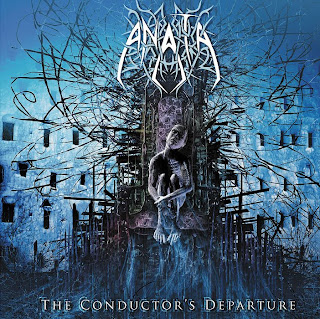 The opener, "Downward Spiral Into Madness" is a great indication of what's to come: complex, memorable, epic, beautiful? It is, quite simply, five and a half minutes of death metal perfection that sets a ridiculously high bar for the rest of the songs to meet. Riff after riff attempts to dislodge your sanity, building up to a majestic lead that stays around just long enough to lull you into a false sense of security before throwing you back into the chaos. A hectic solo later and the majestic lead returns, leaving you with the feeling that your mind has just been violated in the best possible way.

While nothing else quite matches the brilliance of the opener, it would be unfair to say the quality drops in any significant way. Every track (and hell, almost every riff) is memorable, from the sudden prog-esque guitar break break midway through "Better Grieved Than Fooled" and the great buildup and follows to the whiplash-inducing opening riffs of "The Great Juggler." Even the brief interlude, "Children's Laughter," is expertly crafted and, even with the pleasant, almost haunting acoustic guitar, doesn't feel out of place at all.

Each member of the band is extremely talented with their respective instruments; drummer Conny Pettersson lays down plenty of blisteringly fast blast beats and insane fills, while the guitar duo of Fredrik Schälin and Andreas Allenmark weave intricate melodies and shred fast enough to make you wonder if they're even human. Bass also plays a major role, with Henrik Drake's magnificent basslines sitting as high in the production as the guitars, which is a very welcome surprise given the genre.

Fredrik handles vocal duties too, but stands out a little less on that front. Not to say the vocals are bad, mind you, just unremarkable. His voice complements the music well, though there's not really much variety; there's some raspy grunts, and in very few instances, some slightly higher-pitched raspy grunts. Lyrics are also worth mentioning, covering subjects ranging from love and depression to religion, which is generally more interesting than discussing how many ways you can stuff a baby into a meat grinder.

The Conductor's Departure is Anata's masterpiece. Every song is fantastic, every solo, tempo shift, and interlude perfectly placed. It's an absolute essential for any fan of heavy or technical music. I'm running out of adjectives for "really fucking good," so I'll just leave it at that.

Hey now, nothing wrong with stuffing babies into meatgrinders. Don't hate the playa, just hate the game. Everyone needs a hobby, right?