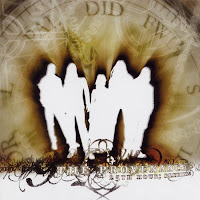 I can only conjecture that The Provenance's lack of a breakthrough was due to a glut of Gothic metal acts being released during the crack of the new millennium, and that their material was simply too heady and dynamic for those simply seeking out lascivious fae metal thrills to accompany their guyliner, fishnet stockings and caramel lattes. An amalgamation of a heavier Anneke-led The Gathering, progressive rock and even folk elements, there was no narrow path of sound for the Swedes. Song structures were rather complex by this niche's standards, wandering without meandering over a goodly number of riffing patterns that covered a broader spectrum of emotion and heaviness, but it's also this arguable lack of specificity and focus that placed them in a border-zone between numerous subgenres, neatly defying categorization and thus the audiences of infinitely lamer bands abusing the 'beauty & beast' vocal juxtaposition.

As mentioned, Emma Hellström had a soothing, rich pitch reminiscent of Anneke van Giersbergen, but she also could hit an eerier, I.C.S. Vortex keening during the less comfortable moments. Yet she was not alone here, joined by a panoply of grunts, growls and Goth-speak by guitarist/vocalist Tobias Martinsson, to the point that they're fairly even distributed with their own lines, and also capable of some rather elegant harmonies as in "Frequencynic". The guitars ranged from lamentations of crisp Goth/doom to more biting patterns that recalled mid-paced progressive thrash, offset by some dingier, cleaner tones. Though 25th Hour; Bleeding is stylistically consistent, there was quite enough going on here that each composition eschewed predictability to create a jagged landscape of ideas that would both calm the listener and jerk him about within a small cluster of measures. The drums set a grooving pace with lots of great little fills and an almost jazzy angel of approach in spots, while the bass bounced back and forth between a smooth low end and its own cavorting grooves that lend the album an impression of murky, druggy 70s psychedelia.

Add to this the judicious use of flute, in a tasteful, Tull-like fashion, and a bevy of synthesizers, pianos and organ tones that enhance the rhythm guitars rather than compete with them for your attentions, and you had quite an engaging listen. In fact, I was quite sure the first time I spun 25th Hour; Bleeding that I was listening to the 'next big thing'. The lyrics were mildly more poetic and poignant than the droopy-eyed standards of the niche, and the music, while maintaining a slightly serrated edge, had this refreshing, hopeful quality to its aggression which stood out. Paired up with some really catchy vocal and guitar hooks, this is just one of those debut records that deserved more. The cover image was shite with its silhouette, and Scarlet Records was unable to effectively market a number of its more compelling bands, but otherwise this was a very good disc which I'd recommend to those seeking off-kilter Scandinavian mash-ups, somewhere between Theater of Tragedy and The Sins of Thy Beloved and the eclectics of Solefald and Ulver.