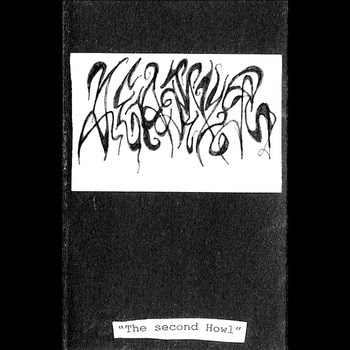 The second Yearner cassette is something quite different than its predecessor Winternight, comprised of three longer untitled pieces and not so much going for the 'chill factor' as it exhibits a more curious and bizarre collection of sounds over fuzzier rhythmic synthesizers. It's at once both noisier and more experimental, especially the second piece with its acid, head-melting tones and throbbing subtext, but I wouldn't go so far that it feels entirely unplanned and sporadic. It seems L.V. sat down with a bunch of sounds he hadn't explored in other ventures and then tried to formulate them into something more coherent...there are some stabs at melodies here, so it's not entirely unfriendly, but this is certainly 'on the edge', more left field than the stuff from Astral Order of Impurity, for example.

That said, it's equally evocative of a lot of obscure and strange imagery. The second track reminded me of late summers in my youth when I'd watch in fascination at moths fluttering around the bug zapper lights in my grandfather's back yard...but mashed up with spending an evening at S.E.T.I. listening to the radio signals from space. The third track has these distorted pads which almost create a form of percussion under the prime, buzzing melodies, and I found that this was easily the most glorious and memorable among the three, though once again it's more a mood piece despite it's more easily discerned 'riff'. There are also some points in that one where the haunted organs of the first tape return for a few seconds, almost like L.V. is switching radio channels and tuning in to his earlier visions. A weird self-awareness that emerges among all the roiling, fuzzy tones and experimentation.

While it was successful at reincarnating some old memories, and an intriguing listen, The Second Howl did not quite live up to its predecessor as something I'm going to want to break out time and time again, nor was it as strong as the rest of the Voldsom tapes I've been covering. But I wouldn't dub it a disappointment, because what I did like about it is how it almost seemed like L.V. was using this as a further launch pad for a project that involved 'grounded' technological feedback. Where Astral Order of Impurity was a veritable lunar lander or space station, this is more a soundtrack for a being lost in a labyrinthine landfill of ancient computer game cartridges, radar dishes, and other antiquated computer or arcade machinery, factory castoffs and all sorts of outdated paraphernalia. Strange, but sometimes soothing if you like a little challenge in your minimalistic ambiance.