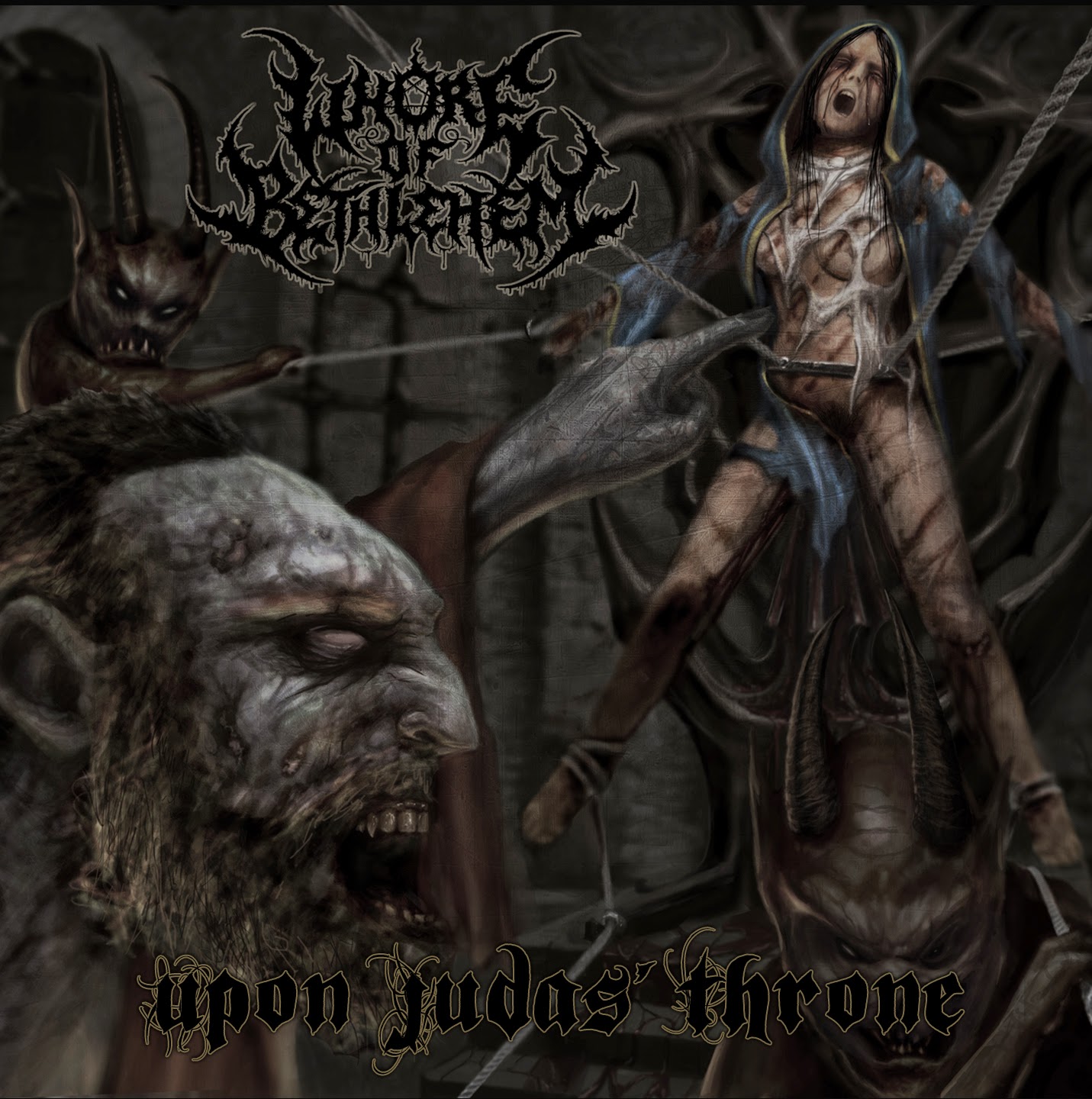 If the lurching, roiling pace of the intro riff in the title track of this album sounds a little similar to Domination or Blessed Are the Sick era Morbid Angel, I don't think that's such a coincidence, because the Floridian death metal gods are clearly the chief inspirations for Texans Whore of Bethlehem, and that's probably not such a bad thing if you crave a lot more of that sound and less of the New York subterranean gloom or Swedish soil churning, which individually or in unison represent the two primary camps of retro death metal that are so prominent in recent years. That's not to say this exact style hasn't been resurrected quite a number of times since the masters mastered it in the 90s, but in general I find that the inspiration of bands like Morbid Angel and Deicide seems to have translated largely to the more brutal and technical sect of bands who at one time were forcing at the boundaries of the genre.

The caveat for Whore of Bethlehem is how they also fuse traces of archaic Scandinavian black metal into that matrix of morbidity, in particular through the desperate, dissonant chord patterns that erupt during blast sections, slightly less through the rasped vocal which is used to contrast against pissed off Dave Vincent/Steve Tucker growls. So, while Upon Judas' Throne might sound derivative to a fault, there are at least a few riffing patterns that come out of left field, and in general they are just really damned good at what they do. Guitar progressions are pretty catchy, especially when you break them down to their individual components. The rich, bulkier rhythm tone carries well into the chugs, but is constantly being offset by a lot of more intricately evil, airier ballast which really resonates over the pounding, frenzied undercurrent. Leads are sporadic but elegant, and while the Texans are playing in a fairly mapped-out niche of the death metal genre, I definitely experienced dozens of instances in which the precise direction the tunes and riffs were taking did not play out quite as I predicted. And in this day and age, where jaded veterans have heard the same shit a billion times and then some, the value of that cannot be underestimated. I'm not trying to imply that they consistently throw you for a loop, only some refreshingly solid ideas which implement with confidence.

The drums are great, the bass a fraction understated but functional, the vocals abusive and the guitars almost always on point. I really can't imagine anyone who counts Morbid Angel, Marduk, 1349, Hate Eternal and Dark Funeral among his/her collection not finding something admirable in the obvious effort, and love for the craft on parade here. Plenty enough variation between the outright stormers like "Castle of Meth" and the more brooding pieces like "Leviathan's Crown", and the band sounds eternally pissed off rather than phoned in, a positive quality that goes a long way towards compensating for any real lack of innovation and ingenuity. For an unsigned debut, it's astounding just how professional this sounds, and how well they play, even if the guys have been involved with other Texan acts like Scattered Remains or Disfigured which operate in a more bluntly brutal, contemporary arena. I frankly haven't heard a wealth of albums in this vein that I've enjoyed since Trey and crew dropped Gateways to Annihilation, so this definitely helped fill that void, plus the seamless integration of the black metal stuff gave it the benefit of the marginally unexpected. As the band develops I hope they'll branch out even further, but this is a sinister, rock solid start.