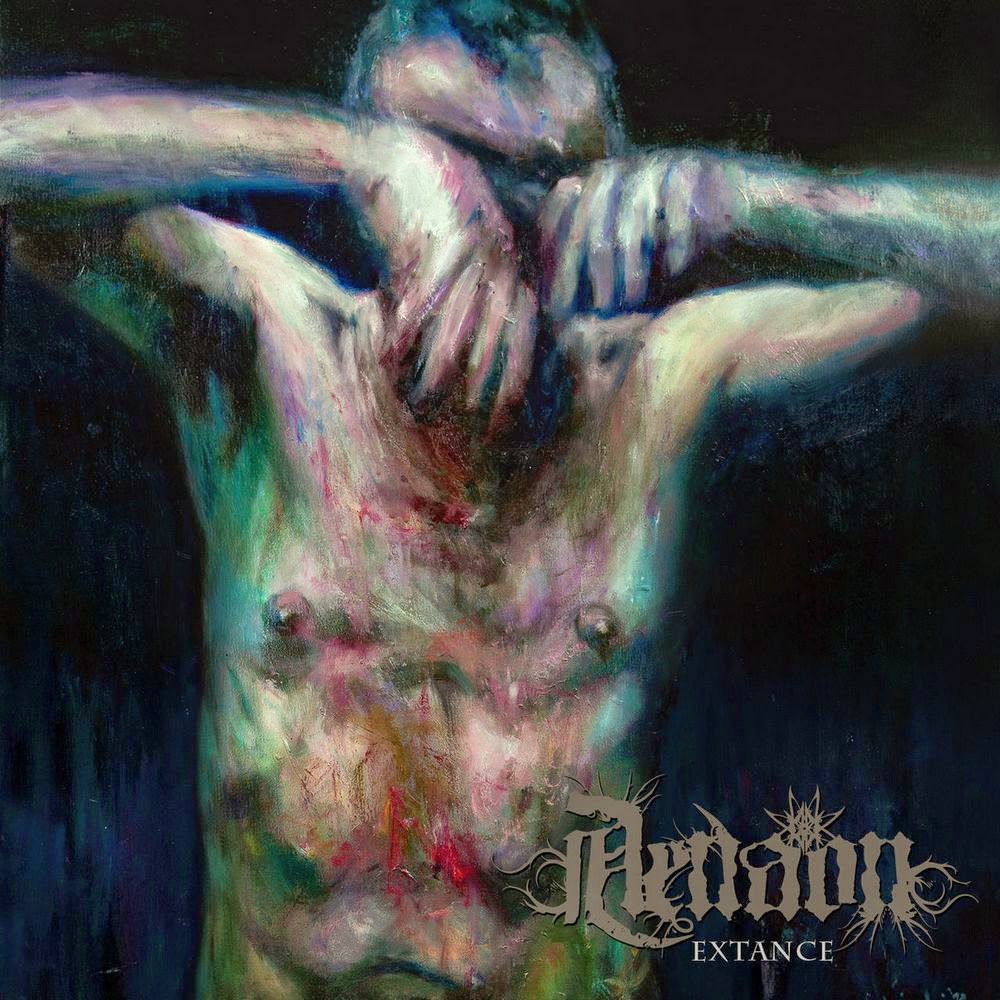 Having not had the most favorable reaction to the first Aenaon record Cendres et Sang (2011), I was hesitant to check out its followup. But thanks to at least three individuals who prodded and poked me in the right direction, that has changed, and I'm glad it has, because Extance reduces its predecessor to a mere stain within the first three tracks, and its another robust example of how Greece has developed this worthy, dynamic black metal scene in which bands seem to foster and excel in individual sounds without having to invade each others' wheelhouses for anything more than a few fleeting aesthetics. That's not to insist that Extance consists of a wealth of novel ideas we haven't heard, but how the band fashions it all together and plays to its strengths results in an inspired, professional, memorable experience which immediately inverted my sense of indifference from the prior outing.

The piano intro to this was so outstanding that I wouldn't have been put off if the entire album had been just that...but for the most part the material sort of reminded me of Moonspell's louder and more black metal-oriented material...not just from the similarities in that loud, fulsome rasp, but also the pacing, desperation and melodic structures they're writing. All of the sweeping Romantic abandon, with none of the Goth cheese that other band embraces. I suppose you could also name drop Rotting Christ here for the general tempos, but the vocals are slightly different and Aenaon cultivates a more progressive, modern edge. They're also a lot more eclectic, Solefald-eclectic; using saxophones, harmonica, cellos and other instruments to great success, since they sort of weave them into the black metal terrain as if they always belonged, rather than just writing these boisterous 'look at how different we are' pieces where you feel like you're witnessing two entirely different bands grappling over album space. The entire flow of Extance is fluid, the dynamics shift from soaring moments of cleaner vocals used like wind over the strident riffs and hammering double bass, to outright blasts to the face which eschew none of the richness elsewhere. The band even incorporates a few passages of djent-like chugging progressions ("Closer to Scaffold"), but the guitar tone and how it fits into the remainder of the song make all the difference in it coming off lame or contrived.

I'm not entirely in love with the vocals, they definitely seem a little overbearing and lack the eerie and evil traits I enjoy most in the genre...but technically they are well executed and there are plenty of points at which other tones, backing barks, etc are used to layer and vary them so they don't feel one track. Some of the higher pitched female howls (as in "Funeral Blues") seem a little forced, strange but not necessarily in a good way. Pianos and keys are consistently great, beyond just that intro or the later instrumental ("Algernon's Decadence"), but it's the drumming and constantly mutating patterns of rhythm guitars and melodies that achieve the strongest presence here, rendering a potential 65 minute overlong nightmare into something pretty easily digested in full. The riffs do not have a perfect ratio of catchiness or inventiveness, and I'd hesitate to dub this the band's 'masterpiece', but to me it seemed like all the components they had meddled with on their debut have been reconfigured into something which is a far more coherent and compelling listen, especially the enormous closer "Palindrome" which is an engaging 13 minutes. You'll find no reluctance here to dive straight in to whatever they come up with next.