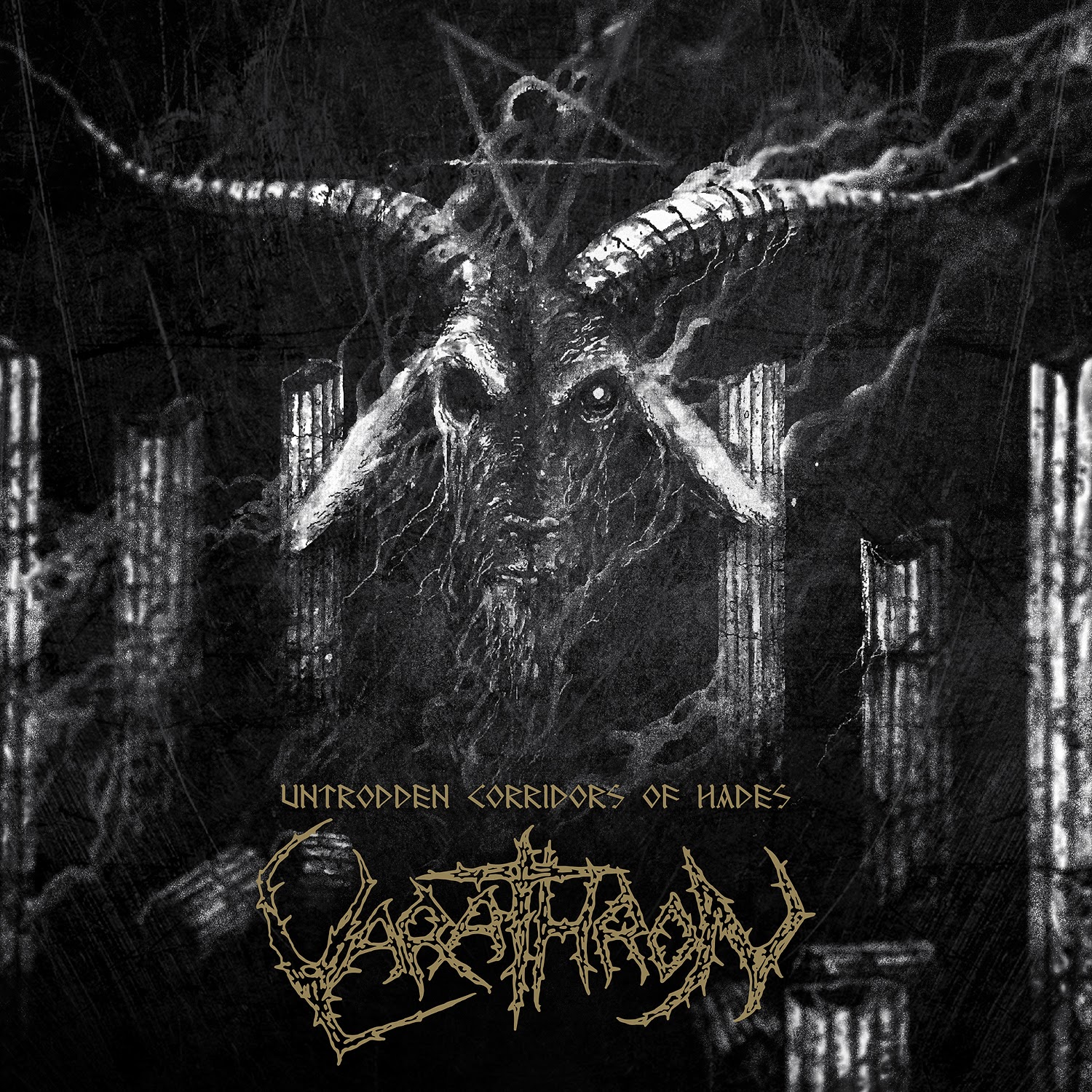 Some part of me was clinging to the assumption that the Untrodden portion of the album title would pan out in the actual composition of the latest Varathron full-length. While I can't say that to be true of the sound here as a whole, since classicist elements like chants have been utilized pretty often in the medium, including efforts from their better recognized countrymen Rotting Christ, this disc does such a superb job of fusing them into the grimier black metal roots of the first few Varathron efforts that I feel the adjective applies, at least to their own legacy. Untrodden Corridors is in fact quite the triumph. Whether it errs on the side of traditional caution, or storms fully into the embrace of its lavish, incendiary production values, this is definitely a work of maturation which becomes greater than the sum of its individual components, and creates an overall satisfying experience I'll be repeating time and time again.

Apart from Crowsreign, I've never been disappointed with a Varathron album, and that remains the truth here. Considering the general length of the tracks, which is around 7-9 minutes, they truly flesh out the songwriting so that there are always pleasant surprised waiting around each corner, whether that's a more melodic, thrashier picking progression or a creepy atmospheric passage with cleaner guitars and grisly, background snarls ("Arcane Conjuring"), you feel like you're being transported through the various chasms of the mythic Greek underworld, Stefan Necroabyssious your demented tour guide, with a voice that lends just as much charisma to a black metal recording as Martin Walkiyier once did to the infernal thrash/speed of the British Sabbat. The guy oozes both menace and a narrative nature which resurrects the many tragic figures of his kingdom's folklore, and it's nearly as much a pleasure to listen to anything he does as to pick and choose among the guitar riffs. There is a definitely a portion of this disc which seems to play it safe, particularly some of the more blasted rhythm guitar accompaniments, but otherwise they are always exploring...in general, the slower the guitar and mid-paced guitars or breakdowns being the most curious.

Bass lines sound fantastic, meaty with just the perfect amount of distortion so they don't spin out of control, as you'll hear on the tune "Leprocious Lord" in which they carry Necroabyssious's carnal presence into those wonderful, popping melodies during the chorus. Easily one of the best tunes in Varathron's entire catalog, and it is not alone here in that regard. Love the percussive technicality of the guitars, constantly shifting up the setting and story of "Death Chant", or some of the pure double bass batteries accompanied by these forced, unusual melodies ("Delve Into the Past"). Kokkinos' drums are absolutely incredible here, throwing interesting and energetic fills everywhere in time with the many significant twists and turns the songs take; a performance on par with many of his peers in the more popular touring European black metal juggernauts. Both electrified and cleaner, expressive guitars on the album also sound amazing, scintillating, and highly responsible for the eclectic yet universally dark mood of the record as a whole.

Kind of like what Behemoth has done with The Satanist, Varathron has also done with Untrodden Corridors of Hades. A veteran band, that some might long have written off as passing their prime, suddenly and unexpectedly arriving at The Top Of Their Game. Production is extremely professional sounding but not glossed over or sterilized...this is a rich, shadowy, voluminous, evil, threatening  Underworld populated with ideas...not all of them unique to Varathron, but enough engagement in these depths to provide a long listening cycle, and as much as I liked its predecessor Stygian Forces of Scorn or their classic debut His Majesty at the Swamp, I have to be honest in that this new record has given me an entirely new appreciation for the Greeks. Not perfectly memorable throughout, but the best I've heard from them yet. Absolutely worth owning. Well done.