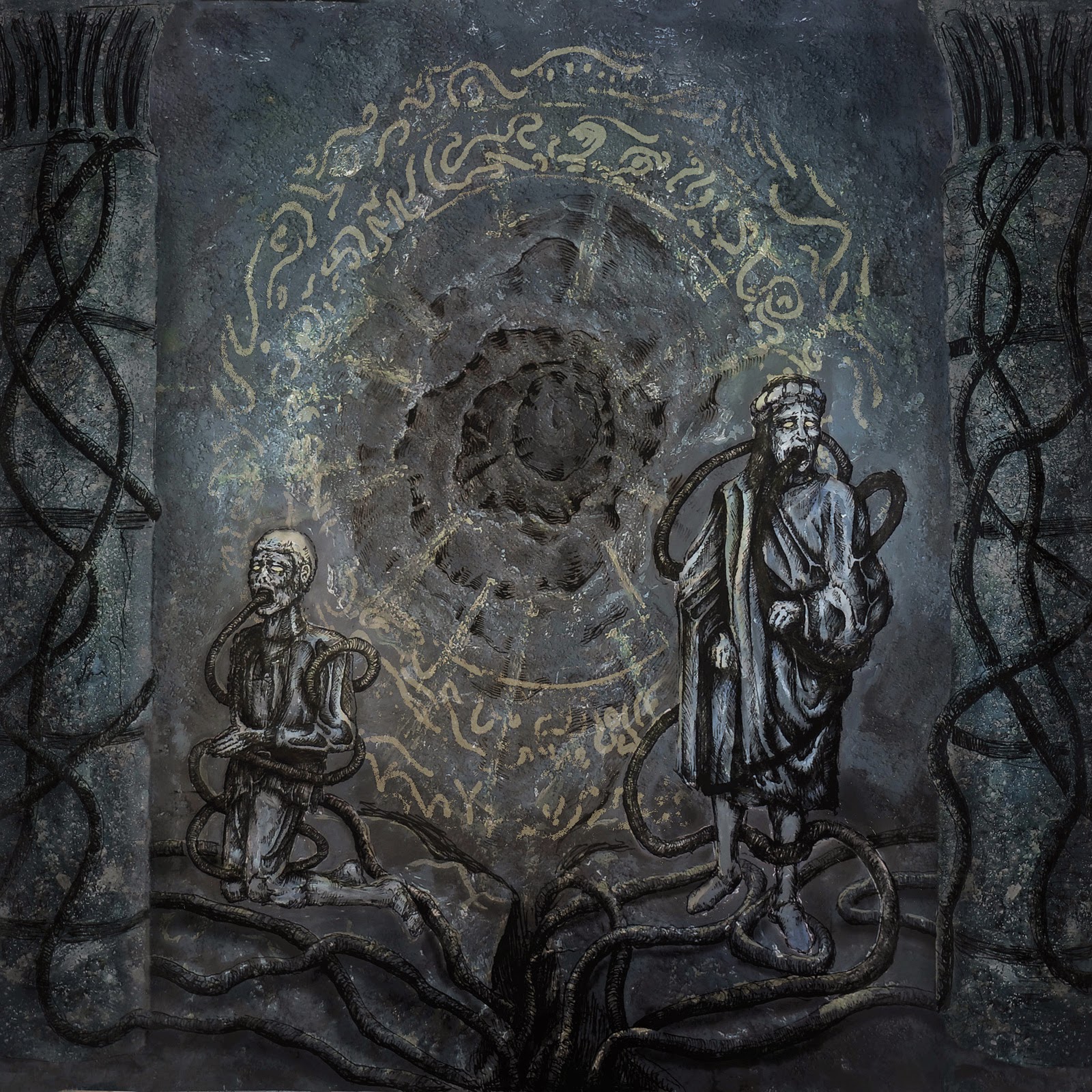 Unwilling to conceal themselves completely under one genre or the other, Denmark's Tongues straddle the border between the death and black metal genres, the former coming through largely in the growled vocals, the latter via the blasted drumming element and spurts of rollicking, warlike chords whipped up into a frenzy I imagined to be redolent of the mid 90s fervor of a number of their European forebears, whether as 'A-list' as Mayhem or lesser revolutionary like Belgium's Enthroned. What separates this duo from the usual grist for the mill, however, is the very organic tone which they've applied to their guitars, as well as the atmospheric and wildly unpredictable liberties taken within their compositions. Obeying the rules here, shattering them elsewhere, Thelésis Ignis is, if not a masterpiece, then at least a lesson in see-sawing between expectations and experimentation.

It's not so avant-garde as to slap you in the face, but Tongues likes to fuck around with both purely ambient passages and those created by dropping out the steady thrum of metallic percussion to let a few guitars drudge on in desolate oblivion, or to implement all these strange, atonal zipping guitars and dissonant chords which don't always seem to align themselves so closely with the firmer rhythm guitar riffs found elsewhere in the tracks. Not to mention how the vocals bounce back and forth between the aforementioned guttural, lots of layered howls, trad black metal rasps and then some really gruesome exhibitions of excess as early as the first tune "Void Meditation", a 10-minute piece through which most of the ideas I've already mentioned are cycled, but was also ironically the one I enjoyed the least here. "The Will of Fire" has more a more compelling, irreverent structure where the riffs are a lot more interesting, the vocals meshed into these patterns where they howl above the fray like someone having left a window open at night in a hillside asylum when the wind picked up. "Last Grip of the Hand of Guilt" pursues a more disjointed, doom-laden pace with these huge backing guitars that fuzz out at the top of their frequencies...

And the closer, "Bloodline of the Blind" is this yawning, apocryphal ambient piece with droning, deep vocal incantations and a wonderfully wrought palette of backing sounds, steady drips and tones that seem as if I'm listening to them in some extradimensional cathedral. That deep gut-felt vocal does grow monotonous, but that was actually hands down my favorite part of the album, to the point that I almost wished they'd distributed more of this ambient bliss throughout the longer metal cuts. But either way, Thelésis Ignis is far more interesting than your usual cut & paste Scandinavian black/death, with a resonant, fulfilling but unnerving production to it which doesn't necessarily obscure it's more subtle touches, but gives you plenty to think about on multiple listens. The riffs were a little mixed in quality, some compelling and some blander and less rewarding, but I mentioned the two bands in the first paragraph for a good reason: if you enjoyed the weirder deviation the former explored on records like Ordo ad Chao/Esoteric Warfare, or the more recent, atmospheric iteration of the long-standing Belgian fiends, or maybe even some of the stranger output of the last decade's Swedish black metal orthodoxy, then these are Tongues worth wagging.