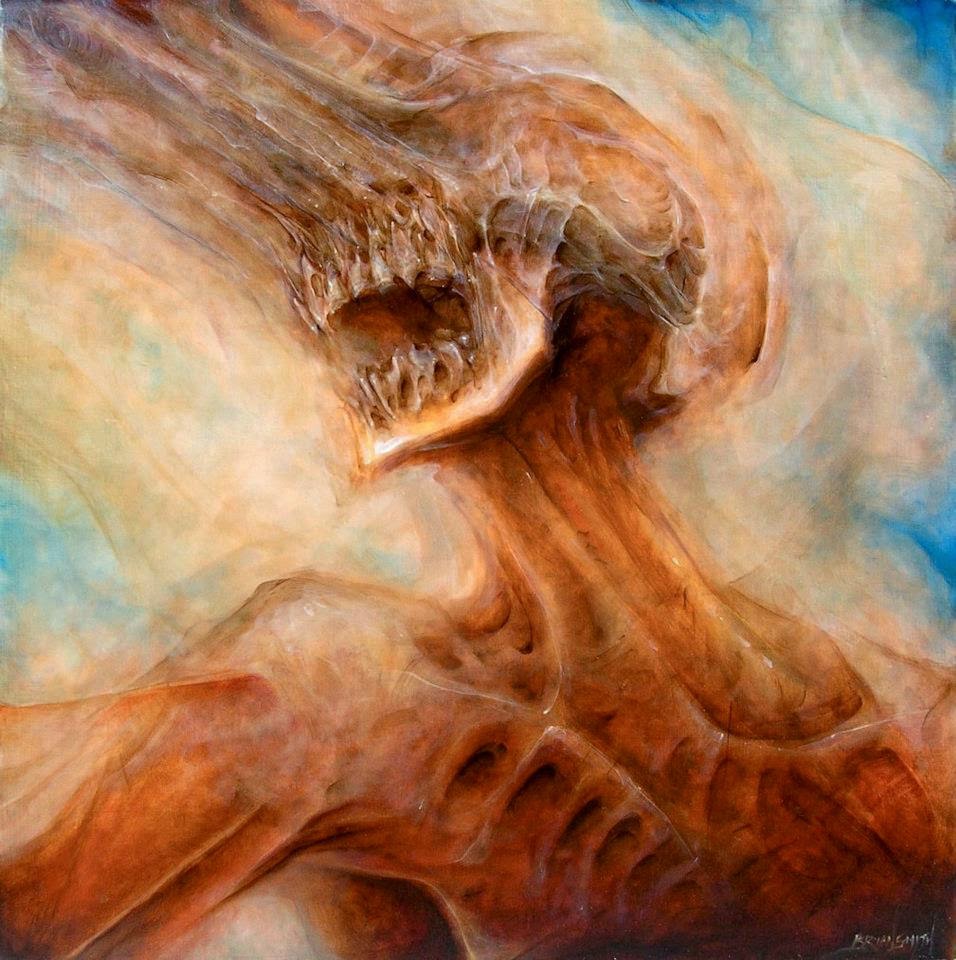 I have a tendency to lavish incredibly huge expectations upon the sophomore outings of promising newcomers in the thrash, death and black metal mediums, which is probably not the fairest way to approach them...so when I saw the cover and read the buzz for the second Horrendous full-length, the high bar they had set with The Chills became an ever looming presence. Easily one of the better of the retro death metal records hailing from the States in the past decade, that album took everything I loved about luminaries like Death, Pestilence and Obituary and re-engineered the formula just enough that it could feel fresh again, while standing out against the hordes of Swedish sound-a-likes and overhyped cavern core elite that had been well on their way to exhausting me by 2012...not that both crowds didn't produce their own brilliant offspring, but they just never gave me the same amount of hope that this reach back to the roots of the genre was much more than mere idol worship; no, this was retracing death metal in order that it might strike out on a path where the songs mattered a lot more than the aesthetics.

Ecdysis is a symbolic title, since it represents a shedding of exoskeleton and 'skin', something the trio have clearly done for this new material. It's not that Horrendous have flipped the script to the point of becoming unrecognizable from the earlier work, but the sophomore is imbued with this dynamic, death & roll sensibility that fully represents their ability to harmonize the melodies and bust out the beautifully tempered leads, against a backdrop that is slightly more groovy and rocking than the more death/thrash foundation upon which the former full-length was built. Again, the production is given a rawer than expected treatment, with the guitar tones slightly reminiscent of the Swedish school but disparate due to how Herring and Knox compose the riffs together. I know the comparison might elude some, but try imagine if you were to mix a more melodic analog of Clandestine with the eloquent, emotional soloing of Andy La Rocque during the King Diamond hot streak of the late 80s, and then a bit of that clinical progressive Death which took off the following decade, especially the bass playing and meandering but adventurous nature of some of the rhythm guitar progressions. Only unlike Schuldiner's work, this doesn't go for that absurd level of production polish. Anyway, if you can imagine that mashup, you'll arrive at what this album creates. Does that sound fucking great?

Well it is, not to the degree that it trumped The Chills for me, but established Horrendous as a persistent forerunner in the 'real death metal' category that also includes bands like Tribulation, Morbus Chron, Binah, Lantern, The Wakedead Gathering and Necrovation, songwriters all, driven by where the music is going just as much as where it's been (which too many like-minded bands get hung up on). While they're by no means 'technical death' as the term implies in today's market, the level of proficiency here never falters behind the morbidity of the medium, these guys can play and they let you know through the sheer versatility of rhythms being fired out in any given tune. The vocals are still a more resonant, rasp-heavy and gruesome product of Chuck Schuldiner and Martin van Drunen influence, and the bass guitars also warrant added attention, since they don't just follow along subserviently to the rhythm guitar notes. The drums are slappy, snappy and natural, and what's more, they don't shy away from throwing you a very 80s' sort of curve ball like the wonderful acoustics of "The Vermillion" or the more speed/heavy metal licks of the second instrumental, "When the Walls Fell", which took me entirely by surprise amongst its more malevolent neighbors while sharing that subsistence on strong lead work and RIFFS FUCKING FIRST.

If The Chills didn't put Horrendous on everyone's map, then I really hope this Ecdysis will not only serve that function but encourage those that missed the debut to explore that too; it was a little more 'evil' sounding to me than this follow-up, but the tradeoff is that this material seems a little more adventurous and busy, even though the two share a level of accessibility you won't get with the more subterranean, clamorous strain of death metal molded in the image of Incantation and Immolation. Great album, I've been revisiting it regularly since the press promo started circulating and I can't see myself stopping anytime soon.