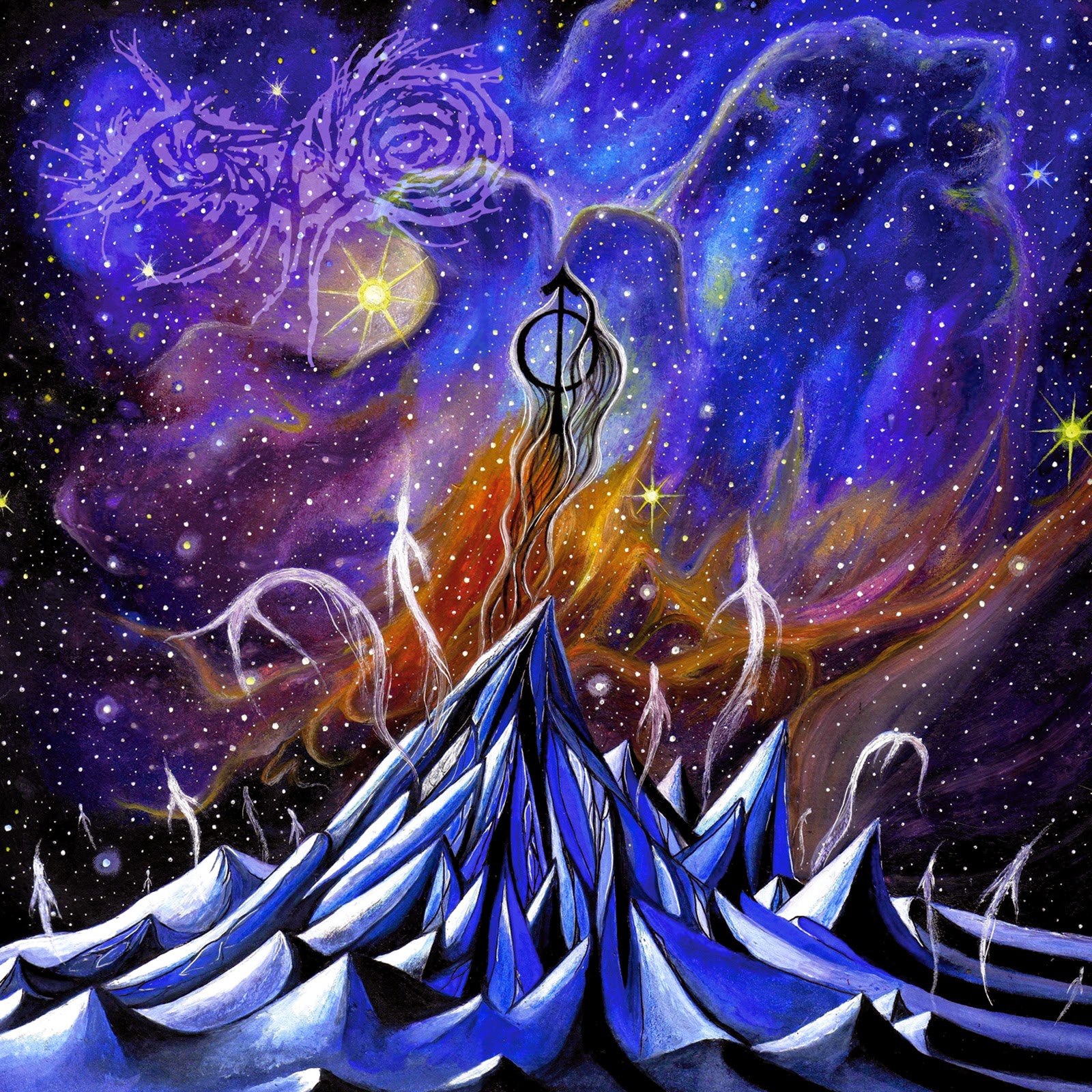 Where a band like Darkspace explores the 'cosmic' aspects of black metal through sheer nihilism and oppression, there are others who approach the subject matter with a little more elegance and dynamic range. Chief among these atmospheric astronauts is Californian Jacob Buczarski, aka Mare Cognitum, who has lain somewhere beneath the radar only in so much that he's drifting so far beyond the satellite range that it's often difficult to pick his signal out among the stars. That's not to say he's advocating the most unique or experimental brand of black metal, for a lot of his writing has traits in common with the melodic European sect that went viral in the mid 90s...but like label mate Ayloss and Spectral Lore, he gifts us with a more colorful and balanced glimpse at the universe, at the colors of fields of celestial bodies burning and inert, at the nebulas unleashing a spectrum of beauty across the universe. No wonder the two bands chose to release their split album Sol together, a recording that had me primed for Jacob's next full-length solo offering...which has arrived in the autumn of 2014.

Four tracks of fulfilling, melodic black metal saturated with resonant rasps, intense drum patterns and enough tempo and rift-shifting moments to fill out their oft-staggering durations, generally beyond the 13 minute mark. At once, there is little 'new' to how he puts these progressions together: floods of tremolo picked, somber riffs layered together to create an intense, often desperate sense of beauty, like an expedition through space which encounters periods of turbulence and danger; in particular captured through the speed of "Entropic Hallucinations", the album's shorter, 8 minute piece. Against these we are presented with more solemn, introspective passages where the frenzy of the beats drops to a steadier, magnificent pace and the individual strings of the guitars are slung into lavishly picked harmonies that flesh out the slower overall rhythm ("Noumenon"), and there are also some periods of lush interstellar ambiance like the excellent intro to the 15+ minute finale "Ephemeral Eternities" which absolutely feel like one beholden to an alien landscape...a cerebral scoring that generated images of an astronaut on some lifeless moon staring unto infinity, so good that I wish there had been a higher ratio of the pure ambient tinkering measured against the metallic material. Fortunately, the songwriting is scripted well enough that Buczarski never dwells on any one riffing structure or tempo for them to ever wear out their welcome...

...some new melody is always being woven forth, and thus the album becomes much like that surreal space tunnel which bridges the two (uneven) 'halves' of 2001: A Space Odyssey, a funnel of color through which the unknown-yet-suspiciously-familiar awaits us all. Buczarski's rasps and growls remind us of the eminent, imminent hostility of the emptiness as it presses in on all of us, here on our fragile eggshell of a world, but the Phobos Monolith as a whole serves as a symbol of space's eternal beauty, regardless of how much it is touched by the manifest destiny, or 'stain' of humanity, relative to how you personally view the gradual transmigration of our species. It's not so much that the man has uncovered some entirely new form of language in the genre, which anyone with even a cursory history with black metal will tell you when listening to these riffs, but more that he's taking the quality and integrity of that 90s approach, when the style hadn't yet been victim to endless cycles of derivation, and giving it berth on a rocket ship, hurtling towards some distant galaxy where it might be shared with some other race. Like the ethereal, ascending figures on its covers, it's out of here, man, on a one way trip to the infinite. Would it have left more of an impact with me if it the theme had been imbued with a more distinctly bizarre, left of center musical approach? Absolutely, but Mare Cognitum's third album is nonetheless a thoroughly engaging, memorable sojourn beyond the sky, the product of a consistent and welcome voice in USBM.