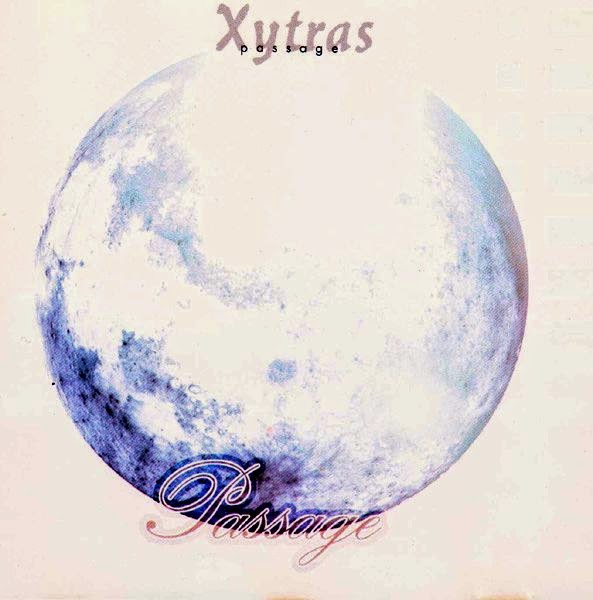 I probably listened to the 'real' Passage so many times, and just so obsessively that first year it came out, that any reinterpretation, no matter how genuine, even from one of its composers himself, was due to fail for me...so great credit goes to the Xytras 'symphonic' alternate recording of Passage that it does not. I can be one of those sticklers when it comes to remakes or covers, in all forms of media, from novel/comic adaptations to film to re-recorded metal records and so forth, but the beauty of this was that it might have proven the reality, the 'official' version of these songs all along. Hold up a sec, and let me clarify that this is not anywhere NEAR as good as the metal version, with Vorph's growling poetics and the amazing guitar riffs and atmosphere that they all create in contrast...but if you're going to produce an instrumental rendition of a masterpiece, whether by elevator muzak or flutes or a Broadway show, then it should at least strive for this level of quality and consistency.

There are a few dissimilarities in track choice here, with a pair of tunes being translated instead from Exodus than Passage ("Tribes of Cain" and "Winter Solstice" replacing "Liquid Soul Dimension" and "Chosen Race"), and the entire shebang being performed with keyboards/synthesizers alone. That is correct: no drums, no vocals, no guitars, no bass lines, just Xytras performing the material as if it had always been intended as a neo-classical soundscape, a lost Castlevania soundtrack, something that works pretty well when you think of a pine-studded mountainside after darkness, just as well as the cosmic and philosophical overtures provided by the lyrics on Passage itself. At times Xy layers in a lot more of an orchestrated feel, generally in sync where that was created on the metal renditions, and others it focuses more on just the haunted castle pianos. Generally it's impossible for this to feel as moving and dramatic as the harder versions, but surprisingly in a tune like "Moonskin" ("Mondhaut") which was so piano driven in the first place, it tends to come across even more sweeping due to the selected pads giving it that bolder, operatic atmosphere. Xytras' playing is busy enough to serve as proxy to the missing guitars, but he actually doesn't embellish the material very much with added lines, something I actually regret as a missed opportunity...

The music does lose some of its darker edge, naturally due to the absence of the rest of the band, the loss of impact from those electronic drums, but a few cuts like "My Saviour" ("Mein Retter") do capture much of that same magic. Is it a little pretentious that the titles are all in German? I suspect that was part of the intent, since this is probably more serviceable to that Euro Goth/Goth metal scene that several of their post-Passage recordings catered towards, but it might have also been that Xy wanted to differentiate this even more from the album that more people were going to know. On the other hand, it's rather telling that this was pretty much the end of this experiment, and that when the band would branch out into ambient/electronic pastures in the future (Era One/Lesson in Magick #1) it would focus on original material initially written specifically for that. But on hearing this, you can definitely hear how Xytras formed the basis of composition for the heavier tunes, and if you love the songs as much as I do then at least part of you would be curious to hear how they turn out in another genre. Hell, I love this Samael album so much that I wouldn't mind hearing it in fucking MIDI...so, to summarize: not as good as that 'real' Passage, but if you enjoy lashing out at things as Simon Belmont, or sipping wine with your Lindt chocolates, it's at least amusing.