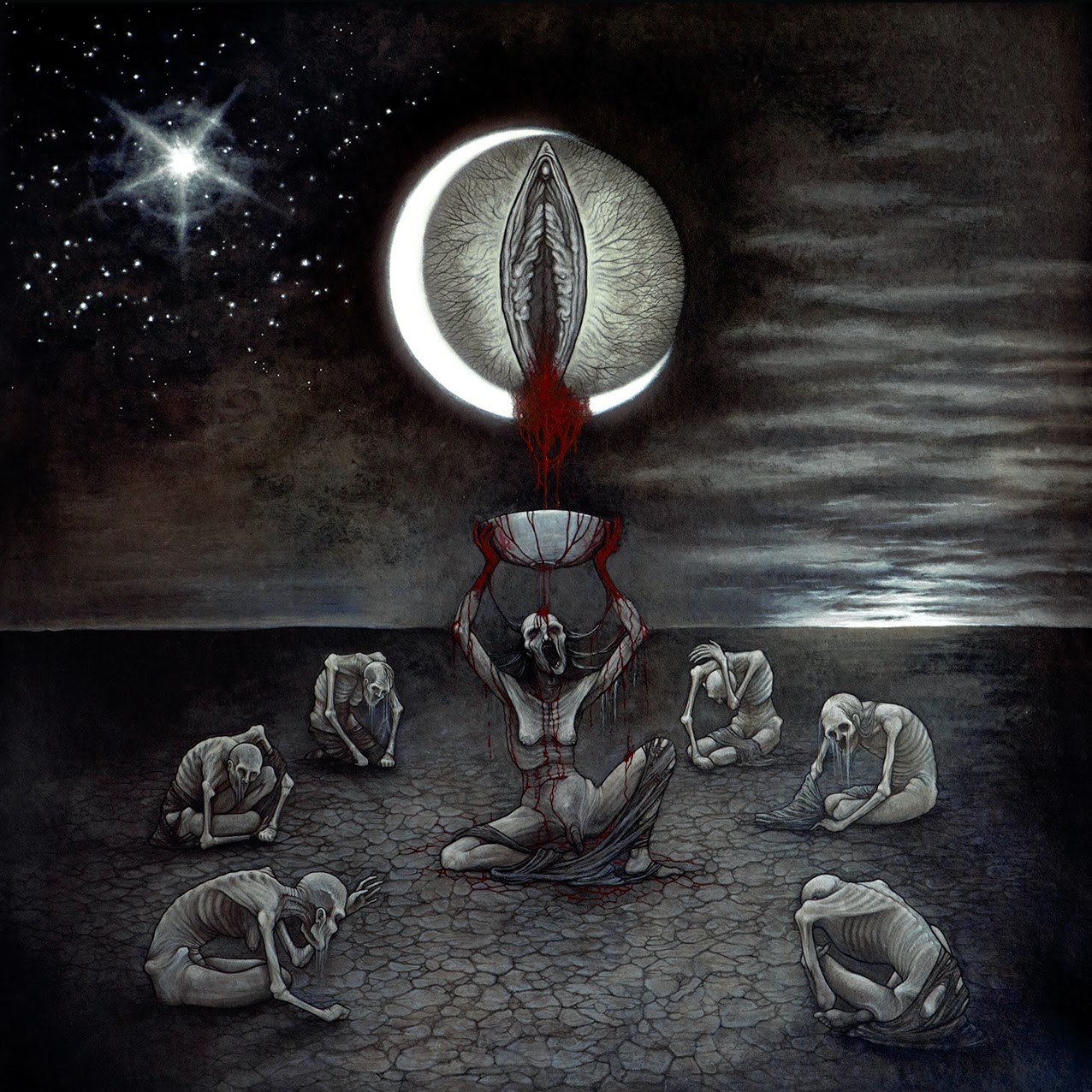 Ordinance might not be reaping any awards for originality, but they earn a few marks for having one of the most...unforgettable cover images you're likely to see this year, and also for maintaining a careful balance between the unleashing of traditional black metal blasted savagery and also eliciting these morose, slower elements which give the music a more dramatic atmosphere. It's not a wonder that they play with such meticulous craft, as the duo has appeared in a metric ton of other Finnish black and death metal acts like Slugathor, Totalselfhatred, Deepred, Ride for Revenge and the vocalist slash guitarist Wulture even plays live with Alghazanth. Relinquishment is a nine track, lengthy excursion which plays it pretty close to the belt of its genre, but is nonetheless a well rounded debut album that should please the longtime fans of Finnish and other Scandinavian peers and influences by providing some degree of escape while not obfuscating the roots it grew from. There were certainly moments on the album where I was less than impressed with riffing construction, but regardless I remained under its spell.

Immediately upon hearing this I was reminded of a mixture of Horna and Mayhem, with a more gruesome and nihilistic vocal style than the usual, craven beggar-rasps. Think of some of Attila Csihar's lower pitched growls but used more consistently (and less psychotically), though they often layer in a few other screams and barks for some variation. Impudicus isn't playing the most distinct beats in the black metal medium, but the guy can flip on and off to a tinny, blasted speed as smoothly as any of his peers, and the cleaner than usual production values on the album ensure that you can hear just about every strike and fill. Guitars have that fairly thin distortion which is pretty typical in the form, but it also lends a bleeding edge to what are generally melodic picking choices. Sad, downward spiraling progressions and lots of feeling out of the individual strings of chords during the more moderately paced, flowing sequences which were honestly my favorite on the album. It's not that the blasts are obstructive to the album's quality, only that the interaction of riffs and vocals on the slower parts give it a more haunted and eloquent impression of solemnity and abandon, and the drums really stand out against those raspier strings...not to mention the superb use of classical acoustic guitars which provide us with even more versatility and intensify that saddening, downcast environment the band is so fluent with.

These are not the most concise of compositions, but there were few points at which I felt like any sequence was being over-repeated or treading on boring, despite the familiarity I and many other listeners might experience with some of the chord patterns. No, I wouldn't go so far as to dub this material 'refreshing', since it's rarely innovative, but it does take an old, tired style and breathe some evil enchantment back into it, almost like the duo really gets into character with these ritualists on the cover imbibing lunar menstruation, an obscure, nocturnal sense of tribalism. If you lost a little faith in black metal, or would just rather it sounded closer to the 90s than the myriad of mutations that have since transgressed, then Relinquishment, like the works of several Finnish peers, is something that bears an innate appeal for you. On top of which, it's solid songwriting and consistent atmosphere with tasteful touches of the cleaner guitars or ambiance created just through the riffing patterns alone, hinging on hypnotic in its finer moments, and the product of two skilled individuals who are no strangers to the effects and affectations of the moon. Worthy stuff, when given the space to weave its evocations upon you.