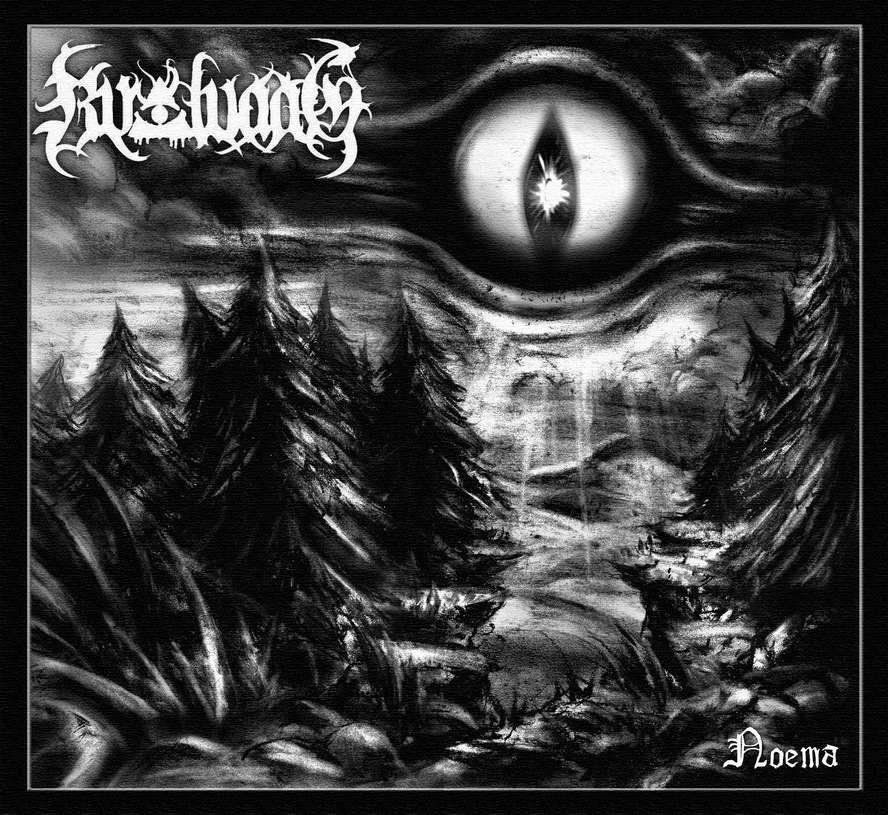 As increasing the distance seems between my own present reality and the black metal I so loved through the 90s, I can typically look forward to 2-3 records each year like Noema. Raw and rudimentary from a compositional stance, yet having just enough of a palatable personality that it vaults over the horde of faceless impressionists and impersonators churning out passe material month in, month out. Certainly this is not unique material, so I have to simply chalk it up to superior choices in songwriting, and the little tints of eerie and nocturnal atmosphere this gentleman lets creep into the music via the flavorful use of muddy organ tones and distant keys that lie nestled behind the intimidating walls of chords and tremolo guitars that he pummels through.

It's occasionally difficult for me to point out exactly what it is I hear in Kvalvaag's solo debut that I don't experience in so many of his peers, but I think it's his gritty choice in rhythm guitar tone, which feels like rusted belts being fed through dying engines. The structure of his riffs is nothing distinct or unusual when you look at the stereotypical Scandinavian black metal influences which inform it (Darkthrone, Mayhem, Gorgoroth, Burzum, etc.), but he occasionally inflects this monumental, glorious or rock-out rhythm which more than compensates for any bog-standard licks that might surround it. The vocals are traditional rasps, but pretty despicable when you have this turned at the appropriate (high) volume, with just enough airiness in there to follow through on that diabolic, frightening black/white color image which makes the album look as effective as it sounds. Bass lines are mired in darkness, but pumped at an appropriate volume; void of interesting choices, but that they groove the root patterns so effectively contributes highly to the propulsion of the faster material, and the 'swerve' of the slower chord patterns.

I believe the drums here are provided by Ishtar of Dödsfall, who might at times be considered a comparable act in this recent roots revival of the style in Norway proper (along with Furze, Djevel, and a handful of others), and they clash and hiss as is appropriate while never really letting their thunder abate during some charge section. Many of my favorite moments through these 40, though, are those aforementioned lo fi, unclean organ lines, which are extremely catchy if not original in construction, or the more symphonic embellishments the keys create when the other instruments are smashing along like a mad axeman through the silent, moonlit forestscape from which this evil emerges. A great album to experience as I near the precipice of the New England autumn, for its surely one I'm going to break back out as the temperature plummets and I feel far more at home. Perfect it isn't, and prone to convention, yet at the same time: evocative, memorable, unfriendly, and fucking savage.