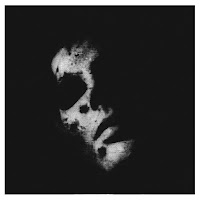 It's a fairly common occurrence where a new band will come along, put out a few albums emulating a particular influence, style or 'scene', and then suddenly get struck with a storm of sporadic creativity that puts them a great distance from where they started. In Solitude's third full-length, Sister is a glaring example of such a game changer, a work that contains only a fraction of aesthetics that could be comparable to either of its predecessors, and even then that usually manifests in a little lead lick, or a vocal line that still captures a bit of essence of the legendary Danish bands that first inspired the Swedes' sound. For the majority of its running time, however, Sister has entered new ground, basically a fresh take on Gothic rock/metal that doesn't just sound like another doppelganger of Sisters of Mercy or The Cult, even if those do sound like they would have been among the influences that helped inform this transformation.

So damn different, and so brilliant, you could almost see this as an album that would foreshadow their fellow Swedes Tribulation and their own third album transformation. Sister mesmerizes instantly with its brooding, glistening acoustic intro "He Comes" and you will immediately be struck by the lower pitched gloom of the vocals. When the metal arrives in "Death Knows Where", you might actually get a little hint of a King Diamond-style guitar melody, but it just feels more shadowy and depressing to fall in line with that Gothic aesthetic, and here we get some awesome howling vocals which are at once frightening and as soothing as the grave. The riff structures still have a good share of metallic elements, like dour little melodies that play out along the chords, and the essence of occult heavy metal is still felt in the note choices, but there are also pieces like "A Buried Sun" which are like an edgy, airy, downcast rock and roll very similar to what Sólstafir transformed into with their own transformative 2009 stunner Köld. The difference there, however, is that feels more like an Icelandic roadhouse for Gothic cowboys, and this Sister is more like a black & white silent horror film...more Bauhaus...more vampiric.

Sister is by far my favorite In Solitude album, one so great that I felt a trace of emotional devastation when the band decided to call it quits, because I thought it sat so well in my collection with Climax by Beastmilk, which dropped in the same year, or the records the aforementioned Sólstafir was putting out. The evolution might have come as a shock to many, and I remember some bitching and moaning, but this is honestly so much more impressive than a band doing Mercyful Fate or King Diamond far less worthily than the genuine articles. And yet, some of that STILL creeps through, but relegated tastefully to some of the guitars. All of the songs here are my favorite songs from this band, like the amazing "Pallid Hands", "Lavender", "Horses in the Ground", or the creepy, crawling title cut, and this was one of the better albums the year it came out, and one I still spin often today, especially when that late Autumn chill starts creeping into my days. Not heavy on the surface, perhaps, but so heavy in its own way that it just drips sorrow and darkness  despite any overt need for chaos or destruction.