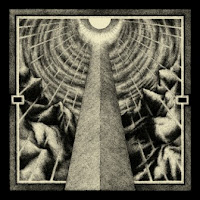 Based on appearance alone, these Frenchmen would seem to perform a very gloomy but indeterminate brand of extreme metal, so when I actually put on the disc and discovered what seems like a mesh of aggressive groove and death which felt like Gojira and Gorguts jamming out to an old Demilich tune with Ulcerate's instruments, I was taken aback a little. That's not to say the dynamic mutation they've concocted here is necessarily going to comply with the tastes of those other bands' most devout audiences, but certainly Barús has developed a formula which is not the easiest thing to nail down, and that's what makes their songwriting feel so fresh and engaging while maintaining a sense of clamor and chaos at the same time.

I don't want to say it's 'confusing', necessarily, but these gentlemen consistently shepherd a busy flow of ideas which tended to stick with me more often than not. The grooves on tracks like "Tarot" and "Disillusions" get slightly more involved than your garden variety banal jumpdafucup style, and they fuck with time signatures just enough, using them more like fills than status quos, to give your mind that impression of the alien. The drums are just great, loads of jazzy snare and toms giving the bottom end of the recording a little more imagination, but beyond that I really liked how they twisted up the vocals, so you've got growls and snarls contrasted against sustained howls, doped roars ala Neurosis, and even some chants, both overt and background, that conjure up a really unique atmosphere. They'll even go for a straight, deep vocal once the metallic elements break down as in the bridge of "Disillusions", or a more manic conversational tone circa an asylum, and really you just have no idea what's coming next.

Even when the band is chugging along with a simplistic riff, they're layering on brighter or dissonant guitars above it and you constantly feel like you're on the edge of them just freaking out, which does happen enough that you get an emotional, angry payoff. I also found the more that I repeatedly went through the EP, the more it grew on me, and if they can record a longer record with the same level of general quirkiness but paint the tempos and vocals with even broader strokes, I think Barús is a name we might have to get used to. Well worth checking out if you're a fan of dissonant, odd death metal but not afraid of having enough straight groove in there that your much cooler friends will disown you and break your Meshuggah records before storming out of your life. By the way, those aren't your friends and never were. Good disc!