Blacksoul Seraphim - Hymns for the Vanquished (2015) 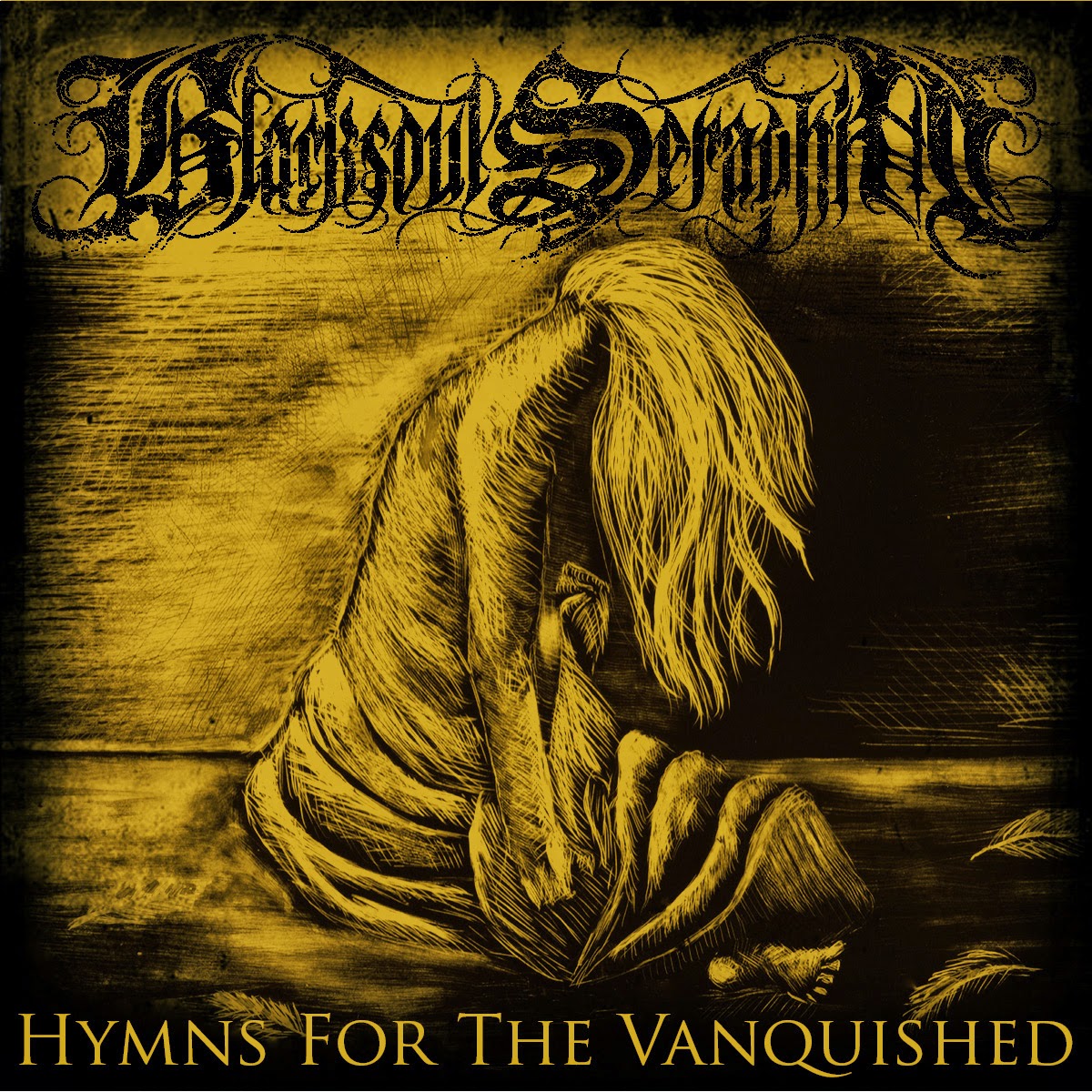 At the risk of sacrificing some consistency, Blacksoul Seraphim's sophomore Hymns for the Vanquished expands upon the latent versatility that it's predecessor hinted at several times, thus having evolved the duo's overall aesthetic to one that is more adventurous and even less predictable than it was before. A strong Gothic/doom metal backbone perseveres, providing many of the stronger tunes throughout the hour of material, so those who explored and enjoyed the debut won't necessarily be too put out; but the band also sends further black metal feelers along a path towards the members' other band, Sorrowseed; to the extent that style seems to occasionally take command of the proceedings, albeit imbued with pianos and other graceful melodic components that keep it well beyond the bounds of the the necro black metal medium.

An apt comparison might be that it hybridizes the more melancholic, classically inspired doom of bands like Isole, Yearning and Draconian with the 90s Gothic/black of groups like Siebenburgen or Hecate Enthroned, only with the caveat that some of the rhythm guitar chords during the faster sequences have a flowing, shining texture to them which reminds me of a lot of Norse stuff circa the mid-90s (The Olden Domain, etc). These are constructed to convey a sense of warmth rather than dissonant strings of icy, evil tremolo picking, as in the first cut "Exalted Genocide" which is probably the most abrupt and blatant example of this departure, to the point that one might even be wondering if this were still the same band beyond Joshua Carrig's clean, crooning vocals. However, once the spacious, sweeping grandeur of slow-goers like "The Sightless Hero" and "Barren Martyr" arrive, we start to experience a closer semblance to Alms & Avarice, with a slightly more studied, contemporary focus on solitary guitar melodies that are tasteful, never abused to the point that they seem forced or tacky.

In fact, the structure of the individual tracks and the album as a whole does seem mildly more varied and progressive than the debut. Vocally, the contrast between Carrig's sustained intonations and drummer Rick Lowell's fulsome rasp works where it appears, though there remains an emphasis on the former style, which is only natural since it feels more attuned to the somber attitude expressed by the riffing. Occasionally the volume seemed a fraction high on the vocals, not enough to obscure the riff textures, but enough that they lost a little weight beneath. The drums are bloody impressive, for where a lot of European bands in this style exhibit a minimalist approach to the languid beats they feel the laconic rhythms require, Hymns for the Vanquished is anything but lazy. Lowell embellishes even the barest of riffing passages with forceful fills ("The Vessel", "Infernal Harrowing", etc) and takes nothing on his kit for granted, which really lends to that sense of measured risk the band seems to embark on with the recording. Bass lines are solid, felt beneath, but this is still an area in which Blacksoul could stretch itself for a better, busier balance against the pianos and rhythm guitars. The acoustic guitars, pianos and viola are tasteful, whether used as accompaniment to the harsher elements of their sound or striking off on their own in the sweltering climb of instrumental "Eleemoosynary".

Did I like the disc quite as much as its predecessor? That's a very good question, and at its most invested and engrossing, I would say this slightly edges out Alms & Avarice. But I also felt like this had a more piecemeal vibe to it where individual songs were slightly more disparate in relation to one another, unified only by the final production sessions. The first album just felt like this giant, stone slab of Gothic/doom metal, whereas the few flirtations here beyond that space marginally detract (but not distract) from that stolid sense of purpose. Ultimately, while they are very close in quality, this one fell just a hair's breadth short. Yet the lyrics are still very well written, Milton-esque, often amazing. The production is for the most part clear and potent, and there are plenty of moments of both savagery and grace to have kept me coming back. Simply put, there are few if any other bands in this area (hell, this country) writing anything quite like this, so if you pine for those very 90s or early 00s where bands thrived on the margins between these particular stylistic constraints, Hymns for the Vanquished is worth checking out.