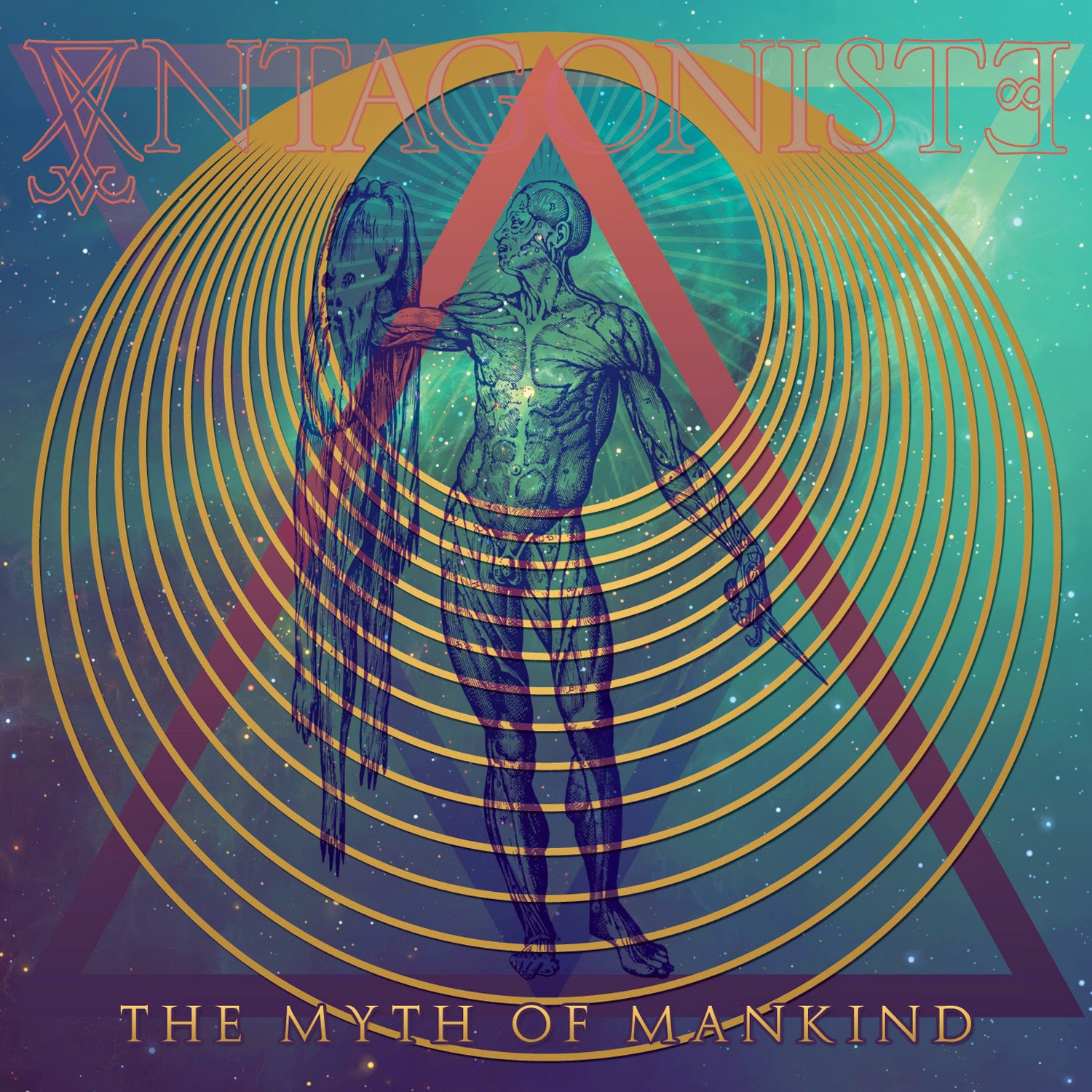 The sludge genre is not an initial attractor to me personally, not to say there haven't been a few dozen outstanding bands and works that I've relished within this style, but I find a lot of the recordings put aesthetics like guitar tone and repetition above quality riff scripting and thus I rarely come away with any sort of emotional resonance. Reading in advance about Antagoniste, it seemed this would be a little left of center, using a bit of that heavier, simpler chord structure and tone but twisting and glazing it with all manner of progressive departures, blackgaze influence and lots of change ups in tempo and purpose. As it turns out, The Myth of Mankind is a bit of an oddball, not an unusual fit for I, Voidhanger records which has produced a lot of interesting, unique, often enigmatic artists; but I do feel like this debut lacks some amount of the cohesion and control it might take to leave a bigger footprint.

I won't go so far as to claim it's completely 'chaotic' in nature, since there is plenty of structure and logical succession to the riff patterns. In most of the tracks, you've got these fat, drudging chord patterns that are sauteed in ringing, chiming, atonal guitars for atmosphere. Almost like a mesh of Isis and later Ulcerate, only which black metal charges thrown in that are heralded by the snarlier, wilder rasp vocals. It's also not quite as 'dry' in feel as that comparison might seem, since the French project has a lot more happening at any given moment. Tracks like "The Barren Lands" and "The Fall of Man" are at once both shining and claustrophobic, with vocals that follow few rules or boundaries and just roil in their own viscera. Some of the low end rhythm guitars and bass bounce and churn along with an almost mechanical groove metal precision, and the ultimate result is that the album takes on a sort of organic industrial dichotomy where their own leaden, deadened limbs have been used to replace robots on an assembly line, and the unnerving nature of the hissed rasp seems like a few rubber conveyor belts came loose and are bleeding oxygen as they whip about the space. The drums are a little busier than I'd have expected though, and they do slightly alleviate some of the moments here where I kept zoning out.

As a more pessimistic, vocal-driven alternative to an experience like the Blut Aus Nord 777 trilogy, which experimented with a similar droning, ambient/industrial characteristic but didn't get quite so calamitous or sinister, The Myth of Mankind is a functional enough record. The issues for me were that: 1) the riffing here is far from exceptional, bland patterns of chords that never really took any unexpected turns, and were just expressions of volume and fuzzed, gut-ripping tone rather than mesmerizing hooks...perhaps too accurate to their mechanistic disposition, and 2) the vocals really didn't feel adequately painful or tortured, just a mass of arbitrary hisses and snarls that felt more like the mating of wounded animals than any sort of poignant, memorable force within the music. I do appreciated bands stepping outside the circle, but it's not like this sort of hybrid hasn't been attempted before more successfully. If you're into this really dissonant, soundscape sort of album which pretty liberally contrasts its own lights and darks without any restraint, then this might prove an unsettling ride into some crypto-philosophical terror zone, but this really didn't push the right buttons for me, and apart from a few moments (as in "The Black Sun") where that sunshine and hatred fell into a sudden congruity, or the ambient escapism took over completely, it felt a little too forced into asymmetry, a square peg that didn't quite fit into its round hole.