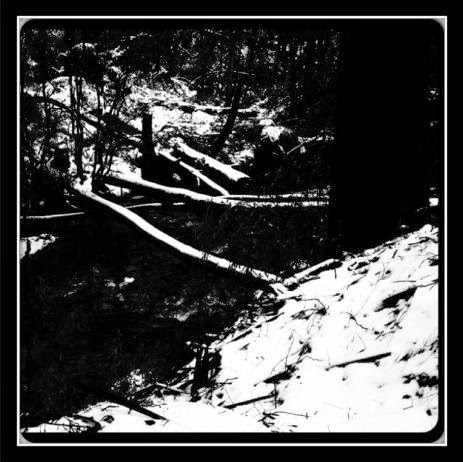 Were I to deify the 'good old boys' of the black metal medium, then Salvation's Winter Wrath demo would likely be the sort of libation paid to them on the various solstices and equinoxes. The DNA of a recording like this is quite plainly linked back to those important,  formative works of a Darkthrone, Hellhammer, Bathory or even a Deathcrush-era Mayhem and there is little of anything across the span of six tracks that proves otherwise. But this Australian one man act pays tribute through more than mere chord choices or 'sounds', but in the very aesthetic choices of its DIY, no-fucks-given mentality which is reflective of about 15 years worth of deep underground demos and records from bands that shun any sense of studio wizardry, refined craftsmanship, or progressive tendencies in an unending quest to capture the primacy of its inspirations like a fly in amber...only Salvation goes so far as to render a lot of its savage spiritual precursors 'polished' by comparison to the raunch and ruin found on this CD-R.

This is essentially a rehearsal-level demo recording comprised of six tracks, half of which are intros and interludes and the other full-on bursts of full-on spite which shift between melodic/melancholic chord patterns ("Winter Wrath" itself) redolent of the Scandinavian second wave, and a nastier set of  Hellhammer/Bathory barrages ("Strife") which date back to an even more primordial origin in the 80s. The music is unfailingly simple and merciless, and that's rather the point. Stylistic parameters here are indeed pretty narrow, but that's not to say that Noctarth, the sole musician responsible lacks the wherewithal to incorporate a little variation, to make the song structures more entertaining than they might otherwise prove if he beat on the instruments for redundant 7-9 minute epics. On some fundamental level, while we've heard these chord progressions many times in the past, and the rasped nihilism of the vocals is nothing new, and the style lacks any semblance of nuance, there's still a soft spot there for the lightless, raw fury these recordings espouse, and Winter Wrath, for any of its faults, does function solely on that level. It looks like it sounds, there are no gimmicks and its author, who is not visiting his first rodeo here, has absolutely no delusion about what it represents.

That said, there are a few components to this which felt a little lacking. For one, of the three shorter instrumental pieces on the demo, I felt like only the first was a proper set-up and companion to the majority of the music. The doomed, drifting harmonies of "Forgotten Fields" and wall of saddened feedback and noises which make up the "Outro" are not unpleasant listens, but I didn't feel like they really contributed to the feel of the CD-R overall. The other issue here is the drumming, which is as raucous and cluttered as you'd expect on a lot of these styles of tapes and demos. There were points where I felt like the timing was a little messy, but really it's just that disparate production of the snares, crashing cymbals and bass drums during the more intense batteries which gave me the impression I was rolling down a rocky hill while trapped in a crate. Fortunately the beats don't really drown out the simple, clobbering bombast of the riffs or vocals, but they were certainly distractions on a few of the tunes when I had the volume cranked. Last, while I have no aversion to really basic riffs like the black-punk used to fuel the namesake "Salvation" track, these were just a little too mundane to really carry that track.

But bear in mind: this is a very limited release, not intended for mass consumption or to be writ large across the black metal universe, and while I can fault it for its ground-level approach to songwriting and production, what it doesn't lack is sincerity. It's not as solitude-stricken or atmospheric as some of its once-prolific Australian kin like Striborg or Drowning in the Light. But no concessions are made, no filtering of purpose; this is the product of the dingy, murky basement from which it was spawned, and for a lot of embedded underworld souls, that is really quite enough. Winter Wrath is not going to win Noctarth a medal, and it's preemptively drowned out by so very many of its peers, but there's something satisfying to me that no matter how far the genre's elder statesmen have evolved their musical goals, there are guys out there putting together stuff like this.