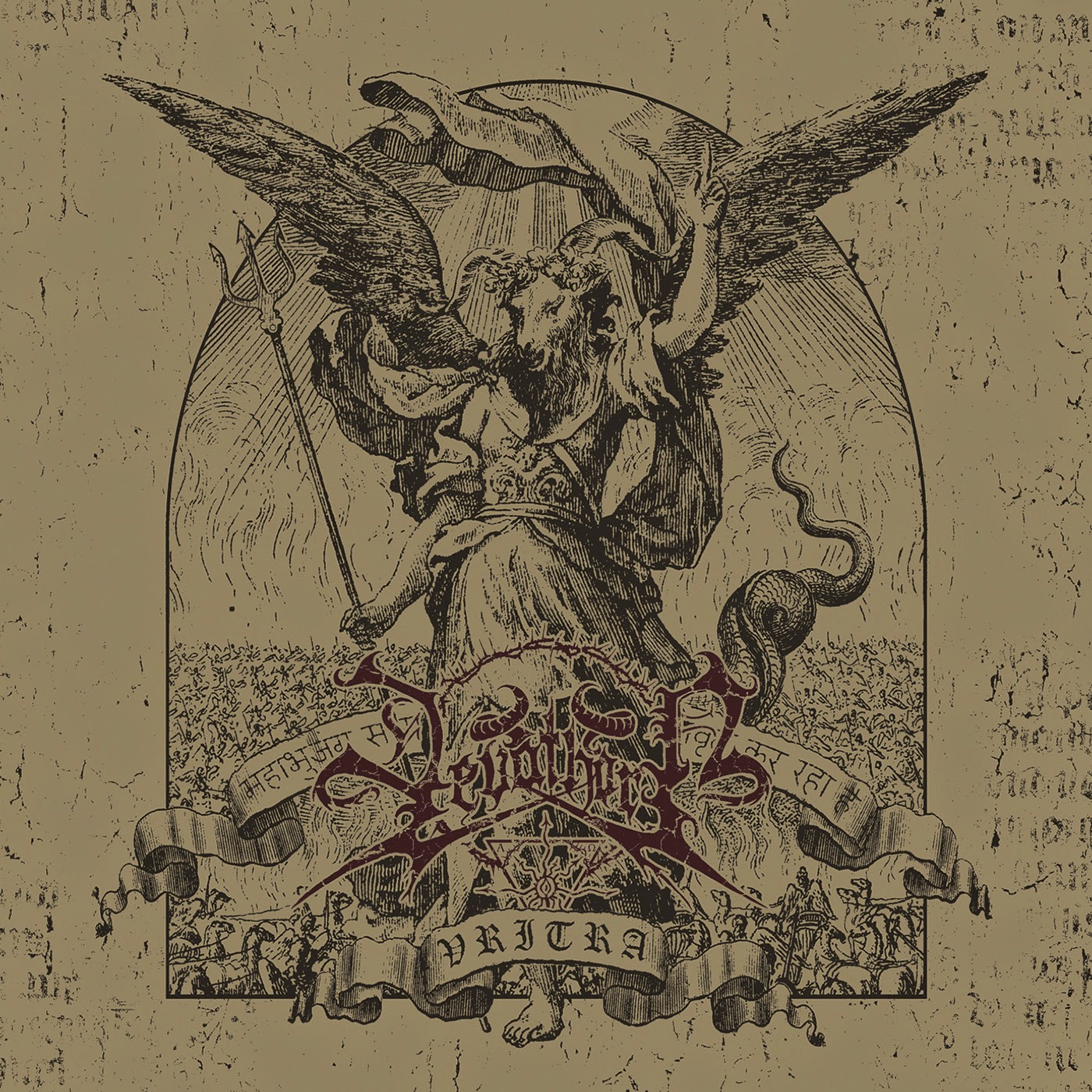 It has long been the case that the Greek black metal scene seems to be divided into two disparate camps: those that were always and continuing to bring something new to the table, and those that are more content to fashion their compositional style after the more prevalent, popular European black metal scenes in countries like Norway, Sweden and Finland. Devathorn proved torchbearers for that latter camp on their 2007 debut Diadema, and with Vritra the pendulum does not seem to have swung far in the other direction, though I would say with certainty I had a better time listening to this than I did its predecessor. In an age when veterans like Zemial and Varathron are producing some of their very best material, and more unique bands like Hail Spirit Noir, Thy Darkened Shade and Katavasia are making the rounds with albums that resonate long past the initial spins, Vritra is not one likely to stick out, but at the very least it conjures up a more tangible sense of evil and purpose than the debut.

Their aim is to more or less blend together an elixir of their Northern forebears from both the crispy, blackened thrash and pure second wave black metal cauldrons, so it's no surprise here that when hearing this, one would reflect upon anything from Bathory and Marduk to Darkthrone, Mayhem, and Gorgoroth; loads of blasting endowed with minor, dissonant chords or glints of malignant, atmospheric higher pitched guitars that provide the nightscape. This is a band which hearkens back to that guitar-driven almost exclusively, without embedding synthesizers into the metal compositions directly. There are ambient, ritualistic ports of the album which are largely instrumental sections, and also some acoustics in the intro to "Cathedral of Set" which help set up its Egyptian thematics, or the close of "Verba Inermis", but by and large these guys go with a sinister, distorted saturation delivered through a solid array of chord patterns and tempo shifts which offer me just enough variation that I perk up and pay attention...individual note processions might be fairly traditional, but how they pack each of the tunes together is where it gets a little less easy to predict, and the ambient pieces seem to be strategically set in the proper places to give the listener a little space to breathe in his/her cave.

Another album where the low end seems more of a subtext than an important plot point, and it does cause the album to lack a little in dimension. The vocals are wild though, from the expected rasps to arcane gang shouts, wavering mid-range wails, Nocturno Culto-like growls and other weirdness to showcase that Devathorn are at least interested in imbuing a little bit of personality into the performance than bog standard black metal bands will. On some level the guitar patterns can get a little technical, almost to a spastic level like Thy Darkened Shade, but the production and atmosphere are far more lo-fi and raw. The drums did not sound great, too tinny and crashy and not enough low-end power to feel them pounding in my ribcage, and the recording in its entirety feels really dry, where I think a little more voluminous depth and shadow would have transformed the same set of songs into something more memorable. Overall, though, I thought it captured the essence of the old Scandinavian underground quite faithfully, it's not likely to become a classic for this or any other era, but it was a more venomous, sulfuric, commanding experience than the first disc, and the lyrics were a fine precursor to some human sacrifice.