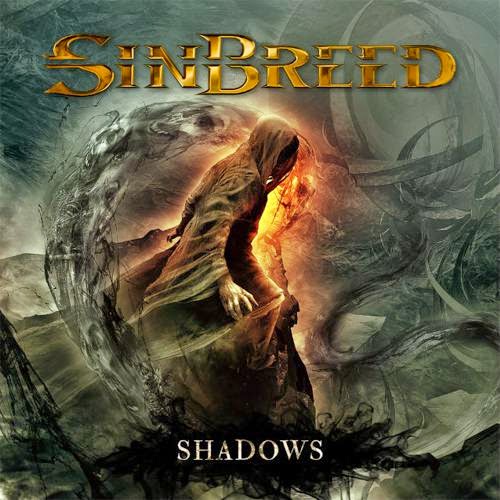 Sinbreed's 2010 debut When Worlds Collide was a solid enough addition to the decades-spanning German power metal dominance (in popularity, if nothing else); but not exemplary to the degree that it could rival Frederik Ehmke's more recent, celebrated employer Blind Guardian, which was the opportunity of a lifetime. Several lifetimes, really. To the drummer's credit, he didn't just go and drop the lesser known commitment, but even managed a bit of brilliant backwash by drafting Guardian guitarist Marcus Siepen to play on this disc, as well as a bunch of other illustrious guest stars like Tankard thrashaholic Andreas Gutjahr throwing down a lead, and a few more I'm not quite so familiar with. Ultimately, the goal here is to continue establishing the Sinbreed brand with a record that surpasses its predecessor, and I feel that within about half the album's play length it has already reached that point, by a fraction, though I'm not quite sure I'd equivocate them amongst the top tier acts of this particular country and scene.

Herbie Langhans continues to voice his slightly silky, slightly acidic timbre to a refined set of riffs that at points through Shadows presented me with the hypothetical union of what it might sound like had Andi Deris been chosen to front the first few HammerFall records in place of Joacim Cans. He does get a little more grit in there than Deris, especially when he's barking out in an edgier mid range, but lacks the truly sticky melodies so consistently delivered by the other. In other spots, the texture and layering of his delivery manifests a lot of Piet Sielck and Jens Carlsson comparisons, which is a given considering this band runs in pretty much the same circles as Iron Savior, Savage Circus and Persuader. Firm and driving rhythm guitar components dominate the songs, seasoning up a handful of rather bland chugging patterns with sleeker, melodic chord progressions in tunes like "Bleed", but even though they cater to a crowd very likely to also enjoy anything from U.D.O. to Stormwarrior, I still felt like there was a distinct lack of memorable individual riffs; for all the professionalism and variation on parade, the album is still conjured from a set of German power/heavy metal tropes that feel a little on the safe side, already delivered with far more bravado on those first two Iron Savior discs, far more balls on Primal Fear's better efforts.

But of course, if decades of power/speed charge licks worked on you then, cuts like "Far Too Long" are very likely to work on you today, and I'm not entirely immune to their charm. The album is mixed clean and bright, perhaps clean to the extent that it feels a little forced or processed in its struggle to deliver just the right amount of 'punch' to those rhythm guitars, but consider the peers these folks run with, I don't think that's going to prove much of an issue. Leads are uniformly well tended, with a few classical hints in construction, never outlasting their usefulness. The choruses are generally pretty standard for this German power anthem style, most built from fragments of better songs to come before, but there really wasn't a weak one among the bunch, even though they don't do much to rival the classics in the field. All told, Shadows is a little more exciting than their debut, and marginally superior, but they're just not the most interesting band in this scene. I liked the slightly thrashier, angrier touches, the few touches of choir-like vocals ("Broken Wings"), and the polished razor atmosphere of their approach, but the songs are just north of standard fare. Unless you're heavily invested in the sub-genre, there are far better albums to turn to for the same thrills.