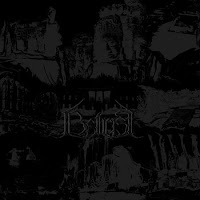 When a band comes on as technically strong as this one, I admit to feeling some apprehension that I'm in for a soulless train wreck of technical wankery and sterile pop studio polish that won't turn out so memorable. Somehow, Missouri's Bellicest manage to avoid this stylistic sand trap by blending the old in with the new. You'll still be hearing harried arpeggio sweeps and ass-loads of technicality, yet they are just as content bursting into an old school New York brutal chug-fest or some churning Florida evil, while mixing up the vocals between guttural norms and rancid snarls. The Eternal Recurrence is a pretty staggering effort for a debut, and I doubt these guys would remain unsigned for long, but it's worth checking out even if you're normally averse to such proficient punishment.

I can't say I entirely loved the production of the record, but it very much gets the job done. You can hear every little spike of lead guitar, and yet the rhythm tracks are deep, dark and intensely pummeling, machine-like in their execution. The drummer, bassist and guitar player are all quite insane, and about the only time they ever dip in quality is when they enter a brick-house slam segment like in the middle of "Insignificant". And yet, even when something like this occurs, they follow it up with the unexpected...in this case, a wild little bass solo and a rupture of melodic death metal played at a far higher speed. But there are other tracks here which are completely surgical bursts of intensity that brake for absolutely no one ("Philistines" or the more spastic "For Your War"). They're quite tight at incorporating all these fast-break technical thrash parts played at such speeds that bands like Cynic and Atheist come to mind, or perhaps the Swedish Theory in Practice, but there's that added substrate of brutality here for those who like their neolithic fist fighting death metal.

Surprisingly, there's a lot of diversity in the songwriting, and they'll attempt some longer pieces in here, like "The Iscariot Path" which is almost 9 minutes, or "To Serve the Pigs" which is over 11. The latter is a grooving bludgeon at a slower pace, while the latter alternates between airier, noisy passages and churning Morbid Angel solutions, and neither of them manages to bore me despite their swollen enormity. And it's this reason that The Eternal Recurrence functions: not only for the obvious skill of the musicians, but for the fact that they throw so much at you and somehow keep it interesting enough to remain attentive. That's not easy for an album which sounds like the ungodly spawn of an orgy between Skinless, Morbid Angel, Necrophagist, Arsis and Behemoth, but that's what these guys do. Even lyrically, the band is more concerned with sociopolitical affairs than they are with gore and zombies, which might not be unique, but it's an interesting match for the style they play. The Eternal Recurrence not perfect, and I don't really love all the vocals or individual riffs, but taken as a whole it's formidable enough that people ought to start taking notice.